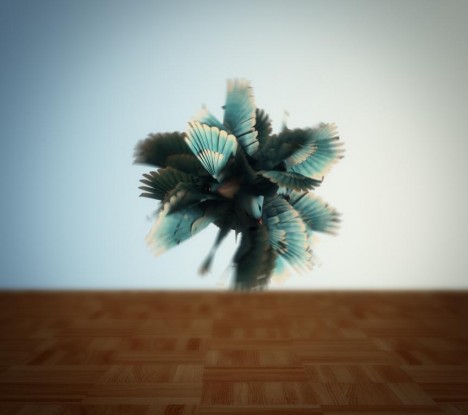 The Photographers’ Gallery in collaboration with Animate Projects present a major new commission for the Gallery’s media wall by artist Alan Warburton.

For Spherical Harmonics Warburton draws on his background in fine art and commercial visual effects to produce a short experimental animation. The title of the piece refers to mathematical equations applied in CGI software which compute the behaviour and appearance of light within each scene. This is an example of how modern imaging software attempts to mimic the massive complexity of photographic ‘reality’.