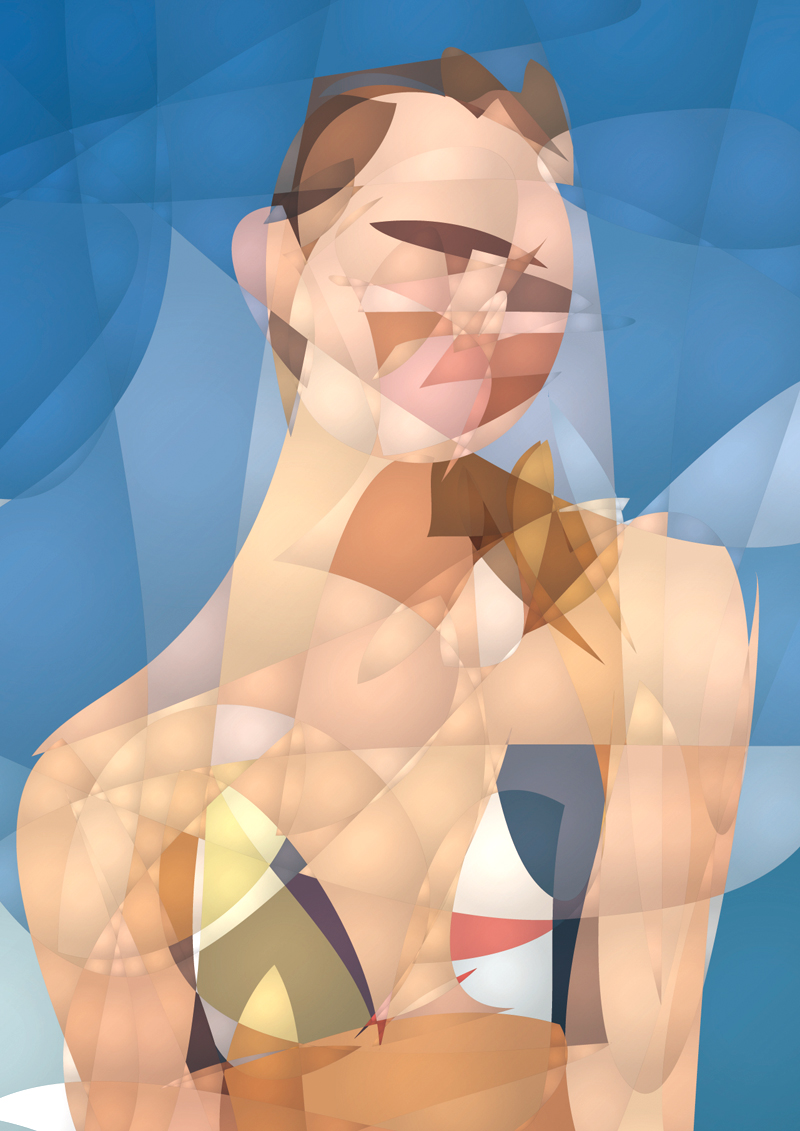 “METALOOKS” are digital paintings by WABISABI, a design unit that represents Sapporo, who have painted the partitioned pictures of motifs such as people and flowers with every single aspect colored by intersected lines which have been drawn by freehand. The name is their own coined word which connects both “metal” and “looks: appearance.” 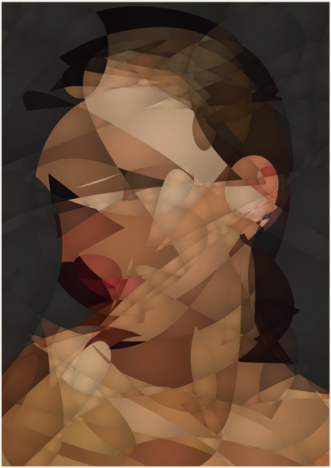 But, almost none could immediately gets the impression of “metal” when looking at the colorful work that has also been printed in flyers and the DM of the exhibition “METALOOKS“, currently being held at Clark Gallery+SHIFT. This exhibition commemorates the first anniversary of the relocation of the Sapporo creative complex “MUSEUM“. In fact, they have used this technique for the past six years, but all of the early works were monochrome which was produced by gray gradation. In the sense that it is “appearance with a metallic texture” they called this technique “METALOOK”. 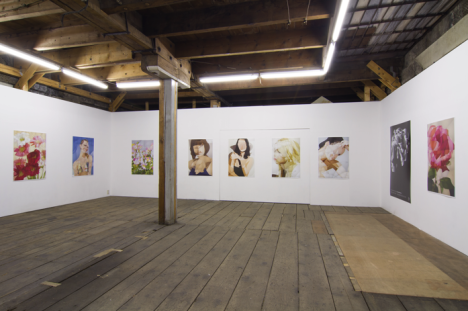 Certainly, it does produce a metallic light and shadow with the drawn lines in monotone with freehand and gradation. It is difficult to notice from afar, but don’t overlook the “Details in the crossed lines” which show the texture of the metal. 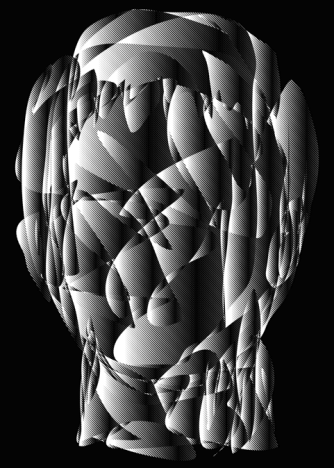 Something felt by myself and which I think others should feel too, is that the monochrome debut made of silk screen from 2011 is similar to Sabi: Nakanishi “SABI” Kazushi of WABISABI. 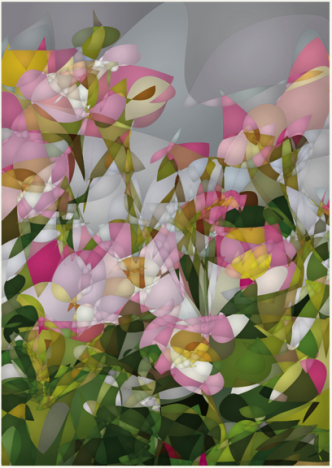 The color version for this exhibition is the latest of their group work, but with no feeling of metal despite using the same technique. It is neither a painting, nor a photograph, it’s a whole new world of expression by WABISABI. They are blending together a re-constitutive technique such as that of the Cubism of Picasso, and the story of hollow and gentle looks of people drawn by Amedeo Clemente Modigliani. 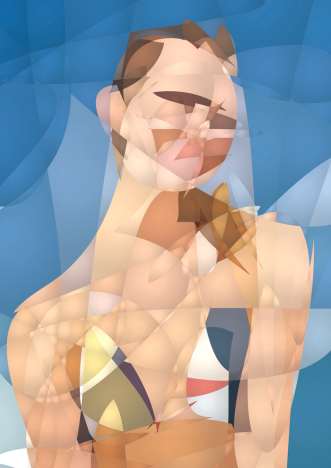 Sabi who devised METALOOKS mentioned “originally in the beginning I wanted to make works with my rough lines drawn as thumbnails with a pencil, as a way of thinking of design and shooting.” It might be tough to configure and sublimate sensuous things, but it must be fun because there are many beautiful girls shown as a motif. I wanted to make eye contact with the girls somehow, by moving toward or away many times, but in the end it remains as unrequited love.