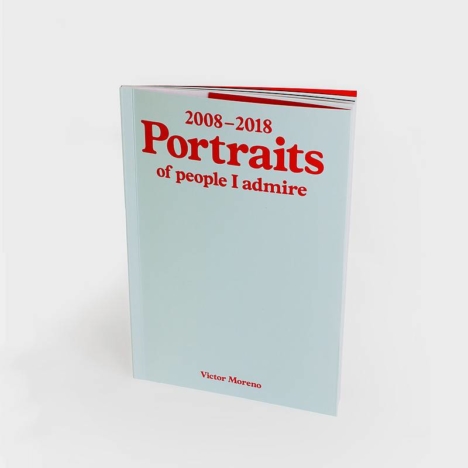 Victor Moreno, a contributor for SHIFT and an art director / a photographer based in Stockholm, has released his first photo book “Victor Moreno: 2008–2018, Portraits of People I Admire.” 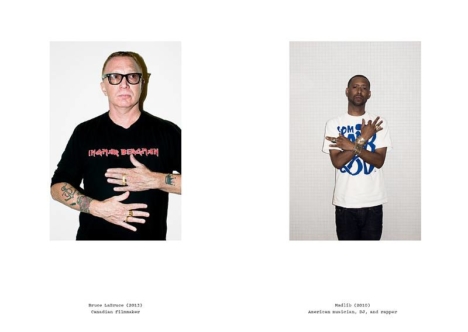 This book is an archive of portrait photographs taken by him for his work. It covers a wide range of talents from film directors, musicians, artists, writers, fashion designers and chefs, such as Willem Dafoe and Gus Van Sant, an art star Wolfgang Tillmanns, and people featured in the SHIFT, Sonic Youth, David Shrigley, Bjorn Frantzen, Cristian Vogel and Filippa Knutsson etc. 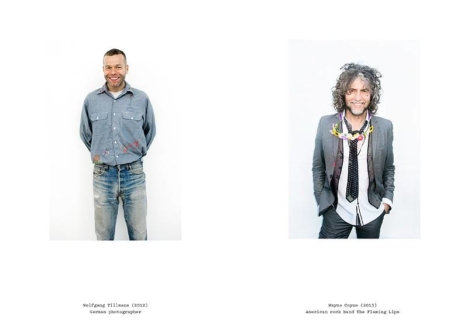 Victor Moreno is from Madrid, Spain and has been based in Stockholm since 2006. His work can be viewed in a number of media, including SHIFT, DAZED digital and Rolling Stone (Spanish edition). Besides these, he has local clients including Cheap Monday, Absolut.com and Sandqvist. In addition, he also does music projects under the name of Rio Negro.

This 46-page book is limited to 70 copies, signed and numbered. Book design by Jacob Huurinainen and edited by Knotan. It can be purchased from Konst/ig (Stockholm), Papercut (Stockholm), Do you Read Me? (Berlin) and Magma Books (London/Manchester) etc.