It’s 2027. Born in 2007, the main character K has no girlfriend and is part of a cultural minority with few friends. In a paperless age with no books, magazines and newspapers, K collects the old media of the 20th century. His little dream is to “make a book” with his friend 21LO! But it goes against the law to make books in the age when the distribution or even printing is impossible and severely restricted without an official government emblem…

A young man from the cultural minority.
Born on April 8th, 2007.
No girlfriend, fewer friends.
A day in his life.

The time has come, or rather has passed.
We reached there long ago, the place we had been dreaming of.
Year 2027. This is a day I didn’t even expect in my childhood. Things around here have changed dramatically. It’s been a long time since newspapers disappeared, and the line between genders is growing fainter due to the environmental hormone. The recent fashion in pets is to have natural animals, not clones. But who the hell knows the difference between the real ones and clones…
But come to think of it, I’d want a real one myself. 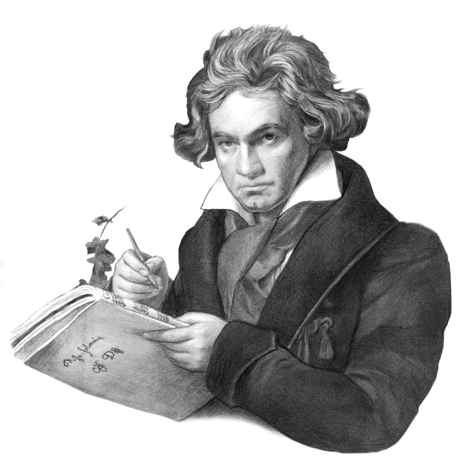 This is the 200th anniversary of Beethoven’s death.
It seems they’re getting really excited about it in Germany.
Once, The Beatles ware regarded as the second coming of Beethoven. What did Beethoven think about that? Now, hearing loss can be solved with technology and computers can make music. What does Beethoven think about that? I know nobody cares, but the “World O’Neil Glass” must be the only one comparable Beethoven at the moment? Well, his true value will become clear after his death.

I collect old media, such as books and magazines. I became fascinated once I started collecting them. I could spend an unlimited amount of money on them. There’s no other option but to increase my part-time job hours.
It is said that approximately 80,000 books and magazines were once printed and published per year in this country. Text books were also made of paper. Those things are already confined to the distant past. Books are now next to antiques. I remember going to a book store when I was a kid. I think it’s a memory from when I was 3. I remember being blown away by the number of books and the flood of colors.

When speaking of the most dramatic change during these 20 years…, it has to be the immigrants from space.
The space people (Zakuian) completed their immigration 2 years ago. Recently, the number of discriminators against aliens are on the decline, and the baton of coexistence has been passed to the new generation. My best friend 21LO (Jiro is the closest pronunciation on earth) is an alien. I have an inseparable relationship with him. It’s amazing that there could be an ‘inseparable relationship’ with a planet 5 light years away. Thinking of space, I always feel overwhelmed. How should I feel about this? I’m tempted to chuck it all in. Is this the very reason that the space people were accepted unceremoniously?

Another topic from this year.
Everyone’s favorite mouse character which supposedly belonged to everyone for some pointless reasons lost its place. The mouse which survived the 20th century with incredible fecundity and became enormous like a dinosaur over time, now is declining due not to a meteor or ice age but by its own hand. The mouse land is now like a recreation facility for the elderly. But, I think the quality of the old mouse-related animations is not too bad. Is that just me? (© 2027, K All Rights Reserved.)

Speaking of mice…, I want to get a pet.
What I want is a real rabbit, turtle, dog or chicken. Let’s say anything which is cheap. The “Rights of Pet Animals to Live” law was recently added to the statutes, which was not even a controversy to say “nonsense” at the time… And the chicken trial being talked about. Is that really true? It must be a peaceful time if pets are having trials. Nobody must have imagined in olden days that animals would obtain rights before robots. Idle talk.