Stiff and stuffy? Antiquated or even boring? Absolutely not! These days it’s more house than waltz in Vienna. It’s funky, electric. 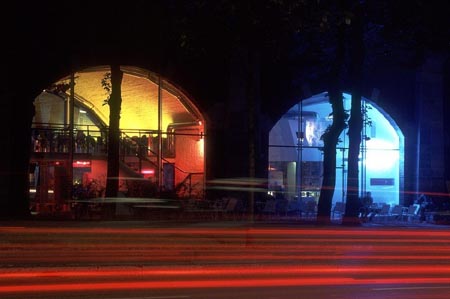 A lot of hip locations can be found in Vienna’s Guertel area. (Photo: Vienna Slide)

On a bright, warm spring day in April, sitting in Vienna’s wonderful Burggarten, right in the city centre, it’s impossible not to be impressed. Not only by the marvellous Palmenhaus building, which is overlooking the garden, but by the fact that the park is full of Viennese, picnicking, sunbathing, juggling with balls and playing football. Indeed, it seems springtime has brought the city back to life after the long and dark winter months. Yes, it’s lovely springtime in Vienna! 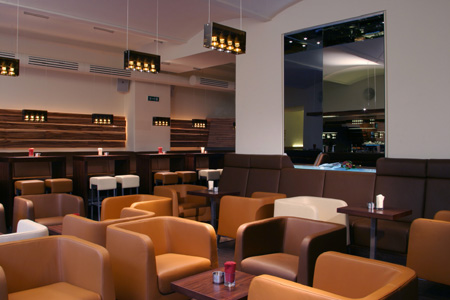 In Lutzbar people mostly meet on Fridays after work, or they start their night tour on a Saturday there.

And there is not the slightest hint that might add to the city’s (former) image of being a stodgy imperial capital, having the blues. Even if that’s what travellers might have used to think about the Austrian capital. Certainly, Freud, waltz, the opera ball, and high art – all of these things are quintessentially Viennese, and a trip to the city without experiencing them would be like going to London and not seeing Big Ben. 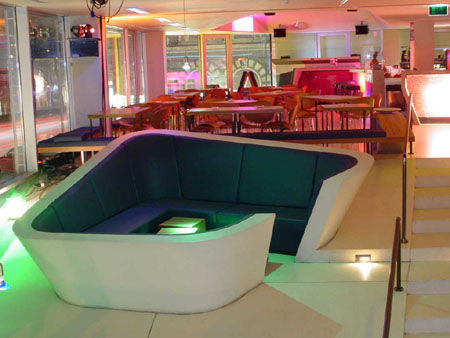 However, in recent years Vienna has been working hard to ‘catch up’, shake off its classic, and purely classy, image, and present itself as an attractive hotspot for a young and hipper generation. And I have a feeling the city has succeeded in combining its old imperial tradition, marvellous architecture and romantic views with vibes of modern lifestyle, a contemporary art scene and trendy bars and clubs. So, whereas lovers of classical music and high art still have great opportunities to listen to Mozart, Beethoven or see famous pieces of art by Klimt, Schiele, Durer and others, the club and modern art scene in Vienna has experienced an enormous hype over the past few years. 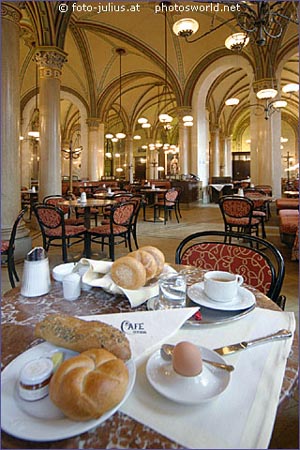 For example, a decade ago, the Gurtel area in the 8th and 9th district was a red-light district with a nightmarish traffic system. Nowadays, thanks to the initiative of our city planners and an EU-funded project, a number of hip bars and clubs have sprung in the arches beneath the elevated railway in this area. There is the fashionable Buddha Club, stylish Babu, the clubbing location bow4, the charming Halbestadt cocktailbar where you probably get the best gin drinks in town, the young — and for my taste a little too ‘fashionable’ – ‘Q‘, the electric Rhiz and the B72, two well-known concert locations, and a lot more cool locations such as the Mezzanin, a sophisticated combination of office, art and fun. Electronic, house and world music are offered by clubs like Flex, Wirr, and WUK.

Downtown, there is Museums Quarter, the former imperial stables that have been renovated and turned into a complex of modern art, cafes and trendy shops. Right next to it you’ll find…
You know what? I could go on for hours. Why don’t you take the next flight to Vienna and check it out by yourself?