The MACRO – Museum of Contemporary Art of Rome is located below the courtyards of the former Birra Peroni brewery (the area between Via Reggio Emilia, Via Nizza and Via Cagliari was acquired by them in 1911), in the Roman neighborhood of Salario-Nomentano. It forms an interesting blend between modern and historic architecture – the contemporary part is slotted into the old original buildings. This is an original design by architect Gustavo Giovannoni.

In the early 1980s a plan was agreed upon with the Municipality of Rome to refurbish the building. A second refurbishment was carried out between 1996 and 1999 when the building complex was inaugurated. Finally, in the early 2000s the museum was expanded by French architect Odile Decq, remaining connected to both the existing spaces and the surrounding urban environment.

The book and gift store offers a great selection on both local and international artists. The collection contains over 1,200 pieces acquired by the City of Rome between the 1950s and 2000s. This body of work is the most recent addition to the collections of the Galleria d’Arte Moderna di Roma Capitale, property of the Capitoline Superintendence of Cultural Heritage. 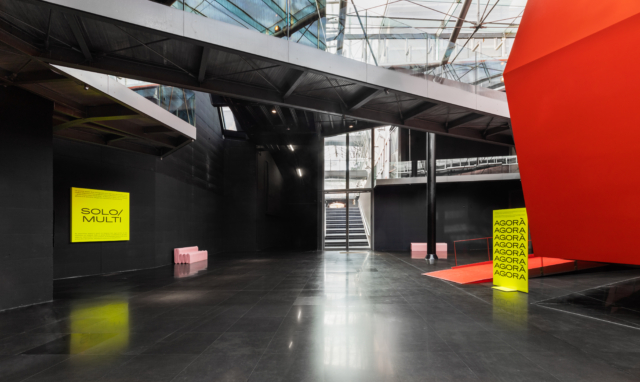 When you enter the building an airy atrium lets light in, flooding the entire space and enhancing the vibrant color of the central Agóra space, a red trapezoid which serves as a central stage. Above is the open air terrace, known as the panoramic garden, for eating, drinking and resting, which is accessed by the glass elevators and also through the ramp that connects the backyard to the additional building. 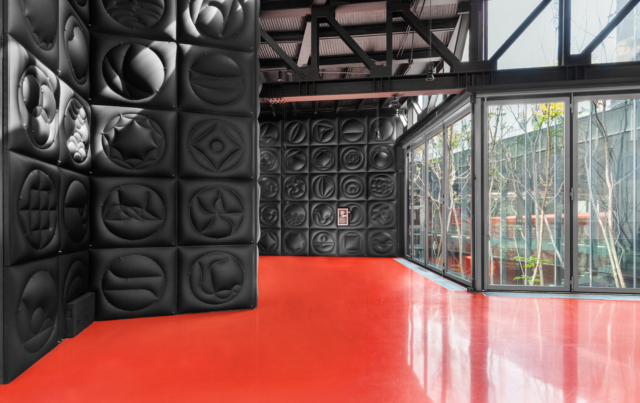 There are different levels and areas, all of them interconnected. This dynamic system of multiple articulations and connections is the work of Odile Decq conceived for the expansion project. A variety of rooms and spaces are functional for each exhibit. Some of these areas were dedicated to Rome Art Week 2021 along with some other international artists and the permanent collection. Furthermore, The Museum For Preventive Imagination is the title of the project that will transform MACRO for three years into a single large exhibition understood as a place and form for cultural production. The museum is conceived as a three-dimensional magazine – a polyphonic cultural center that translates an editorial structure into a living organism. 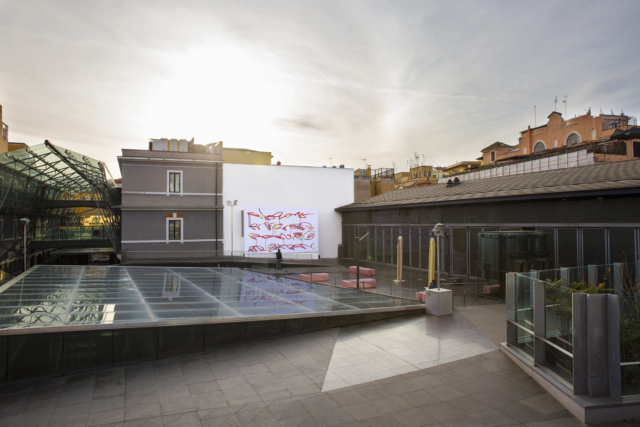 One could spend days visiting historical spots around Rome and its endless cultural program housed in the magnificent art galleries and museums it has to offer. During Rome Art Week 2021 some local independent exhibitions were on, while the magnificent cultural prfogram of the city of Rome othered other contemporary artists such the likes of Damien Hirst at the Galleria Borghese or Martin Parr at the former palace of the Médici family, now The French Academy Villa Médicis Académie de France À Rome.