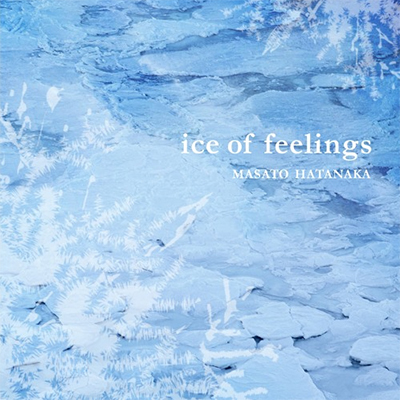 A much-anticipated new album, “ice of feelings” by Masato Hatanaka, will be released on January 19th. He is a composer and  a sound designer whose concept is on the sounds of “Haute Couture”.

Masato Hatanaka was born in Hokkaido in 1975. As a self –taught musician and artist, he began his career in 2002 and  has worked numerously for ballet music when he was based in Germany.  After he returned to Japan, he worked in Tokyo and Sapporo. In recent years, he is providing music for Issey Miyake Paris Collection, Tokyo Sky Tree Tembo Galleria and Milan Salone in 2011.

This album distribution on internet starts on January 19th. The two songs recorded in the package version as bonus sound tracks are only sold at the MUSEUM STORE, and the design and specification of the jacket also becomes the CD’s limited edition.

Masato Hatanaka “ice of feelings”
Release Date : January 19th on internet – the package limited edition will follow after
* Release date can be subject to change without prior notice
http://www.hatanakamasato.net