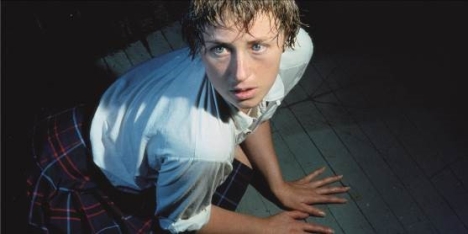 The Broad will have its first special exhibition “Imitation of Life” by Cindy Sherman, from June 11th. It is the first major museum show of her work in Los Angeles in nearly 20 years.

Most well-known for photographs that feature the artist as her own model playing out media-influenced female stereotypes in a range of personas, environments, and guises, Sherman shoots alone in her studio, serving as director, photographer, make-up artist, hairstylist, and subject. Her decades-long performative practice has produced many of contemporary art’s most iconic and influential images. In her work, Sherman proposes powerful questions about identity, representation, and the role of images in contemporary culture.

“She is one of the most important artists of our time, with a body of work that exemplifies the Pictures Generation—artists whose work came to fruition in the age of the proliferation of mass media imagery in the ‘80s, which is relevant to today’s image-saturated world,” said Philipp Kaiser, the guest curator to organize this exhibition.