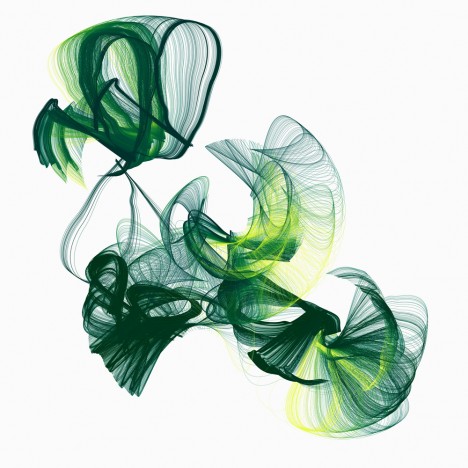 The solo exhibition, “VECTA” by Hideki Inaba who is a represented artist of Clark Gallery + SHIFT at Cross Hotel Sapporo from Tuesday September 3rd to Saturday November 30th. This exhibition will be the ninth edition of “Machinaka ART X edition” curated by SHIFT. Machinaka Art project is aiming to fill the city with art and to create friendly environment for people to familiarize themselves with the art, with the participation of some galleries, artists and shops.

Since its opening in 2007, Cross Hotel Sapporo has been giving a series of art exhibitions of the “ART X (cross)”. From 2011, the ART X features the Hokkaido-based artists in collaboration with SHIFT.

Started his career as a graphic designer in the late 90’s, Hideki Inaba gained highest attention for his innovative graphic works. His first solo exhibition “NEWLINE” was held in 2004. After that, he participated in the exhibitions inside and outside Japan. He has been creating graphic works for Espace Louis Vuitton Tokyo. Now he is creating his new works based in his studios in Tokyo and Sapporo.

The title of the exhibition this time is “VECTA”. This project which will start from Sapporo, named with the meaning of “hope” that the exhibition will be an attempt in suggesting a “new” direction. In addition to the series he released before, the new series include “VECTA – NEWLINE” and “VECTA – GRID” will be exhibit.

Since the exhibition “NEWLINE” at SOSO in 2004, it will be opened again in Sapporo after a long time. The artworks are going to be showcased around Taipei and Shanghai. Please welcome Inaba’s exciting new artworks from Sapporo to the world.