Once you arrive at the front desk of the Cross Hotel Sapporo, as stylish as any hotel in Europe, one painting on the wall will catch your eyes. The melting popsicle in this oil painting looks real enough to touch. It is one in a series of Hiroyuki Tamino‘s representative work called “Icebar (popsicle).” 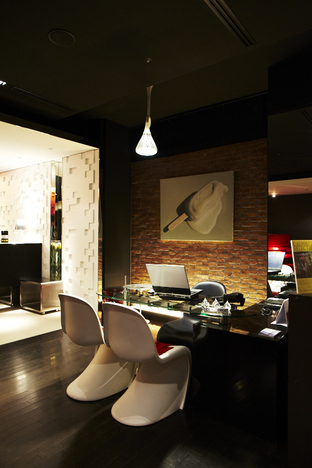 The Hiroyuki Tamino Exhibition “1997-2012” is now being held in the Cross Hotel Sapporo as part of “Machi-naka Art” (Art in town) a collaboration with SHIFT since 2011. This project aims to make the talented artists of Hokkaido noticed in the world by exhibiting their works throughout the year. This exhibition is the fourth edition of this project. 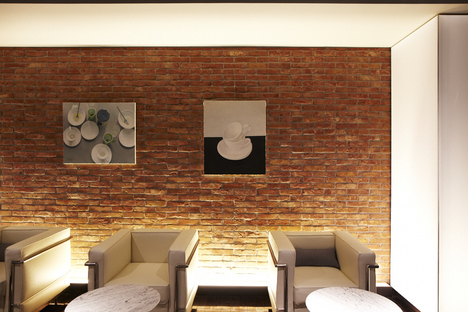 Unlike a museum or gallery, the hotel has a different attraction as a venue to exhibit the art. There are black walls, brick-like walls, and pink satin walls with prints in the lounge of the hotel. You might think those walls are too loud for art works to be shown. However, those walls can embrace any kind of art and make it stand out. Past exhibitions have included colorful works by Go Yayanagi and monochrome works by Wabisabi, proving the allure of the space. 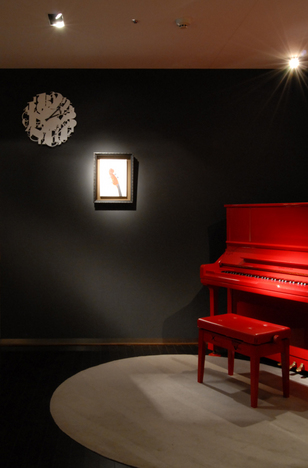 And of course, Tamino’s works fit this background as well. The two-sided work at the entrance and the collaboration of a red piano and the interiors, such as a wall clock, are must-see. 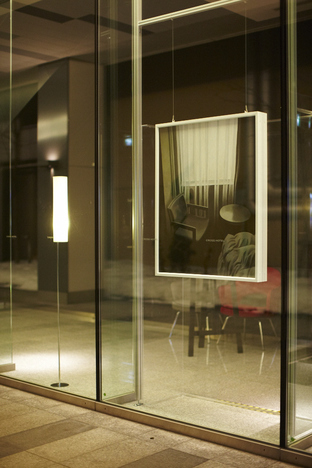 Born in Hokkaido, Tamio started drawing in 1983. At the same year he held his first solo exhibition in Sapporo. Since then he focuses on familiar things from our daily life such as tissues, snacks, and dishes, depicting them with a calm, but warm impression. He has been touring all over Japan including Ginza. It’s been 2 years since his last exhibition in Sapporo at Daimaru department store. He has worked on artwork for more than 100 books including famous writers such as Mariko Hayashi, Ayako Miura, and Keigo Higashino. Many of you might have seen his works without noticing. 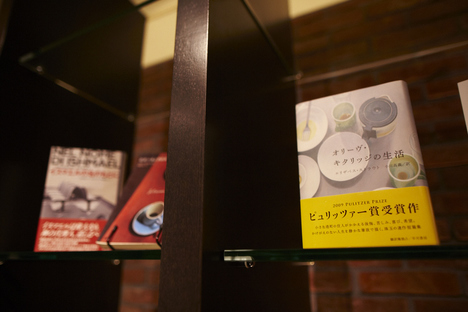 21 pieces of both old and new works are exhibited and you can trace his artistic growth through this exhibition. “We’ll change works in April and put new works that were presented in Minami Aoyama, Tokyo in March. Also, we will try a new project where the artist stays and produces art works in this hotel for 2 weeks. The new works created during this period will also be shown, so we look forward to them too.” says Okuchi, a curator of this exhibition. 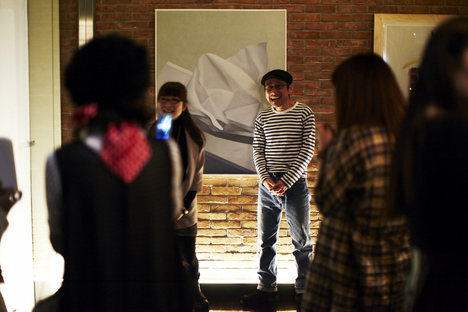 Tamio gently greeted every single visitor at the opening. As you can tell from his works’ tender atmosphere, Tamio’s kind personality is one of his charms. He goes to sleep at 9 and wakes up at 5. His way of healthy living matches the rhythm of nature. This also might be the reason he can create vibrating, strong oil paintings within peace.