EMS means Elektronmusikstudion. It is one of the most prestigious spots for the development of electroacustic music internationally. But EMS is involved in a diverse range of musical scenes, including contemporary electronic dance music, noise, drone, installations and text/sound compositions. EMS aims to support the artistic development of electroacustic music and its integration within other artistic areas. Every year, different figures from the international arena are invited as guest composers and people all over the world join also for seminars, courses and lectures. During the years, names include Karlheinz Stockhausen, Philip Glass, Morton Subotnick – best known for his `Silver Apples of the Moon,´ the first electronic work commissioned by a record company – Brian Williams a.k.a Lustmord and Stephen O’Malley from Sunn O))). 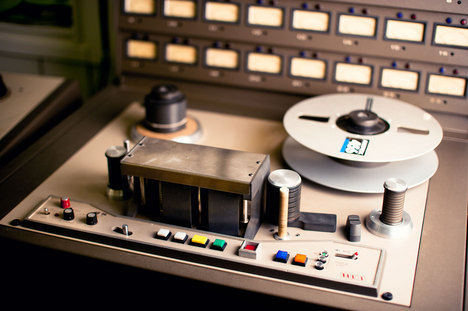 The origins of EMS date back to 1964, created as a development studio for the National Swedish Radio. Today, it is run independently by the Studio Director Mats Lindström. EMS has 6 studios. If you would like to come and use any of those studios, you must do a introduction course during five weeks, which has a fairly fee around the 150 EUR. The courses are obligatory if you wish to work in any of the studios.

For sure, you could go deeper in this education, from a beginners’ level to a professional level; the courses at EMS are open to anyone who is interested in electroacoustic music, live electronics and sound art as well as other related forms of expressions. The introduction course focuses on electroacoustic music as a genre. The aim of the other courses is to focus on the nitty-gritty of production in the studio, sound-editing, useful software, analogue synthesizers, sound-recording techniques and so on. 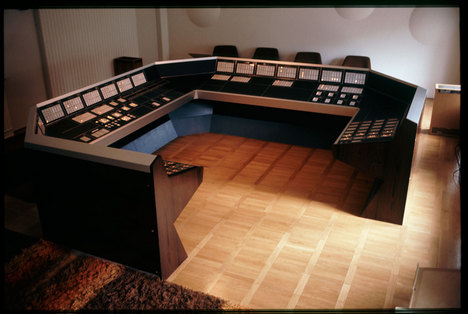 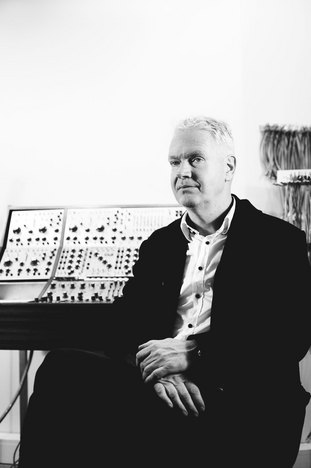 Studio engineer Daniel araya and composer Johannes Wikstrom, both together with studio director Mats Lindström helped us to a better understanding and get into detail about what you can find at EMS. Counting with an impressive equipment, it acquires an state-of-the-art technology but also one-of-a-kind vintage and analog stuff, including a Buchla modular synthesizer and other analog pieces from the 70’s. We had a conversation with them in order to get things right. 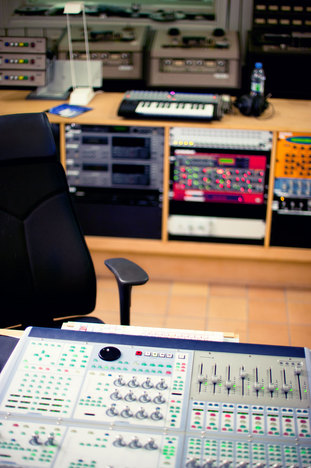 Please explain the function of STUDIO 1.

Studio 1 has 2 channel Meyer soundsystem and 6 channel Genelec soundsystem and can be used for surround and 6.1 mixing. It ha a modern high resolution control surface. In the studio there are numerous synthesizers and effects as well as analog tape recorders. You can also use studio 1 as a control room for recordings from the recording room (studio 5).We are in the process of digitizing our archives in collaboration with the Royal Library (Kungliga Biblioteket) Sometimes Studio 1 is used for digitizing our archives. 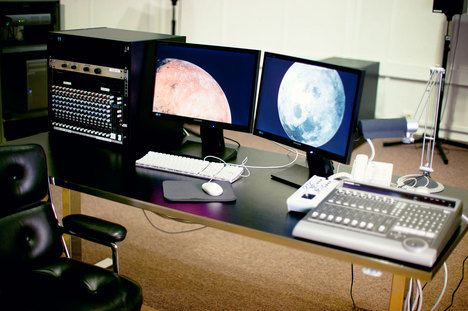 Please explain the function of STUDIO 2.

Studio 2 is a studio mainly for 8 channel composition but there is also a 2 channel Meyer stereo soundsystem. We have 8 separate channels and that is called 8.0 surround.

Some studios are working with speakers coming from the selling, the sound is coming from above – so to speak. What do you think about it?

There are different approaches to spatialisation and 3D projection of sound and since we have several portable multichannel soundsystems different setups can be tried if an artists needs it for a specific work. In the studios we have “traditional” 2, 6 & 8 channel systems since our users compose for these type of systems. 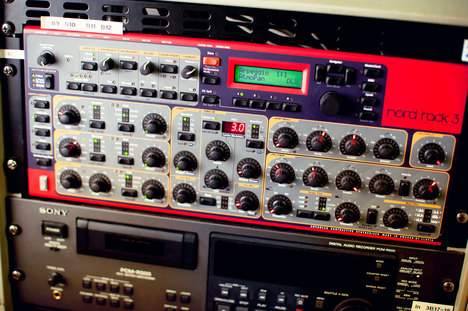 I think STUDIO 3 is the mastering room. Is it the mixing here as well?

Studio 3 is not specifically a mastering studio and is used for a wide range of project from recording to film sound editing. Studio 3 is also best suited to do stereo mixing, due to its clean architecture and full range Meyer monitors. We are however going to rebuild it in the near future with new sound system and also add some mastering equipment, both vintage and digital, so that it can be used for that purpose too. Most of our studios are multi purpose and can be used for many different types of projects.
We do not perform services for commercial projects or rent out studios. 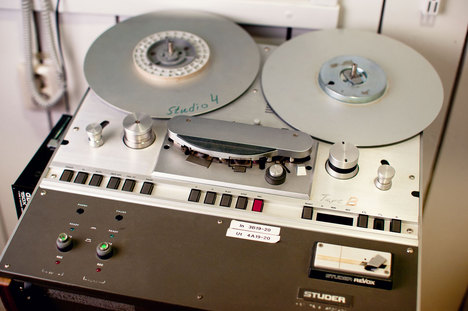 Please tell me about the one-of-a-kind equipment at STUDIO 4.

Studio 4 has our vintage Buchla modular synthesizer originally purchased in the late 70s. It is one of the largest systems in northern Europe and is currently undergoing an extensive restoration and expansion, hopefully it will be ready in fall 2012.
Studio 4 is the place where our new student get their introduction to our audio editing and recording software ProTools and also get to use the Buchla. The studio is also very popular among our foreign resident artists because of the unique synthesizer system. 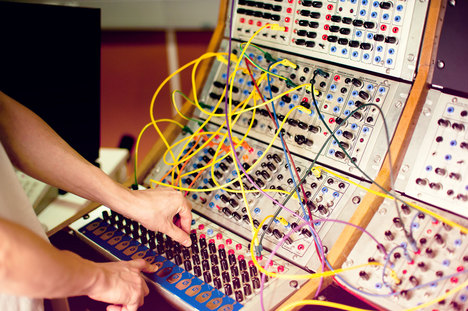 Please brief me about the vintage modular synths.

We have two analog modular synthesizers from the 70s, a Buchla in Studio 4 and a Serge system in Studio 6. The function is the same as it was back then, to be used as a generator of sounds not found in nature and also to process and modify previously recorded sound and external sources. These synthesizers are used alongside digital hardware and software synthesizers and they are gaining popularity because of there unique sonic qualities and direct physical interface.Today there are quiet many companies manufacturing modular synthesizer systems such as, Doepfer, Cwejman, Analog Systems, and many contemporary producers use modular systems in their music. 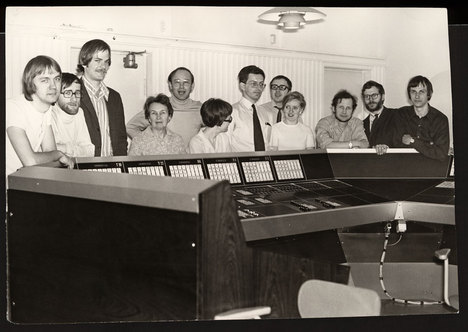 Radio had an important start off within experimental electroacustic studios. How did such development work for the EMS from the 60’s to date?

The Swedish Radio was one of the founder of EMS from the beginning in 1964. Actually EMS was started as a independent department withing the Swedish Radio, an idea from the first Swedish composer Karl Birger Blomdahl, when he started working for the Swedish Radio. When he died in 1968 at EMS they were producing four channel music by composers and the radio was broadcasting in mono, so the new director didn’t understood why they were running a studio which is not for radio production; so through the collaborations The Royal Academy of Music became the founder and still the Swedish radio. Today we cooperate with them on certain events, broadcasting from live concerts and co-producing the Arts Birthday event i January every year. 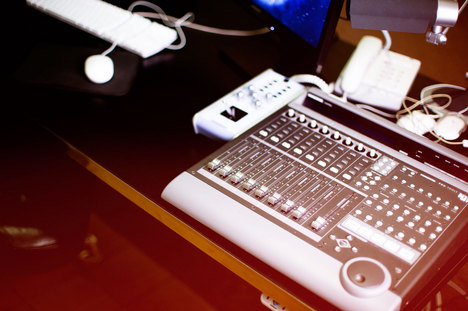 How is been that evolution until today?

It really happened a lot. We added sound art, which is made by people who don’t define themselves as a composers. We have people here working coming from the college of television, radio and drama (Stockholm Dramatiska Högskolan) and users from the art schools and also from our own courses, because nowadays you don’t have o read the score or have traditional music knowledge to work at EMS 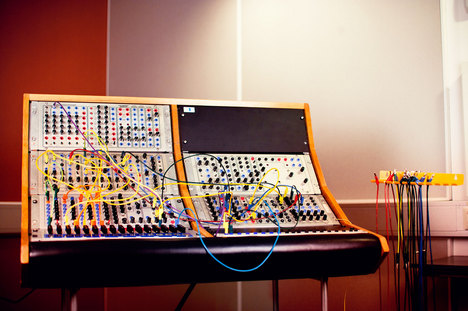 What kind of artistic areas are EMS involved today?

EMS is involved in a diverse range of musical arenas from classical EAM to contemporary electronic dance music, noise, drone, installations and text/sound compositions. We support festivals like Sound of Stockholm and Norbergfestival. We collaborate with the Modern Museum and experimental dance company Weld among other new events coming up on every season. We have a residency program that accommodates about 30 international artists a year. 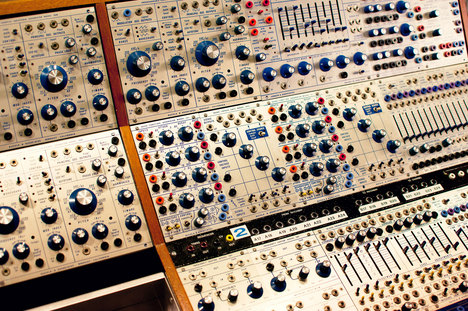 Today EMS is very international. What is the core about it?

Yes, actually we are open to any composers, and professional composers to work with sound art from any nationality, which has been the case since the early days but that time they were working very much with the Swedish Institute, and also trying to get the foundlings in order to cover flights and hotels for our visitors. Now, sometimes we have this fund from a foundation called The Foundation for the Future, so we get support from them. 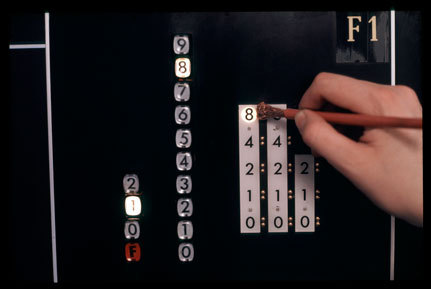 Please tell me about the experience with Karlheinz Stockhausen at the EMS.

Mr.Stockhausen has been a guest in the year 2000. He was also winner at the Polar Music Prize. So I remember it was a live broadcasted concert at the National Television, in front of the King, with all the royalty and other Swedish people, from the Radio symphony Orchestra.The former EMS director Mr. Ulf Stenberg invited him and dedicated the whole festival to his chamber music. He was defusing and pleased to the wonderful stuff at EMS. That was a great moment. He also came two years after that to a festival in the middle of nowhere in central Sweden, called Skinnskatteberg. Stockhausen’s son Marcus was playing the trumpet at a concert and Karlheinz himself was present during all concerts. His work Kontakte is used for historical listening of electracoustic music in our introducing course. Other course involves analyzing Stockhausen music. If you are going into the history of electronic music there are certain portrayal works from Cologne studio, specially the works during the 60’s. 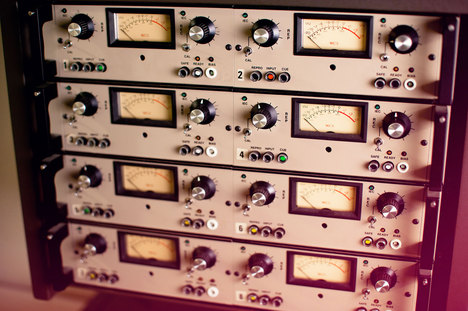 I do understand EMS has a crucial role to discover new sounds for future generations. How does it work under your didactic point?

The open attitude is directed to professional sound artists and composers. We can’t provide technical assistance in the studio, you should be able to work on your own after a short introduction; so you are supposed to have some sort of skills when you are coming here, which is probably different to the early years where you were working with this radio technicians in the studio. However you can pretty much come here, know nothing and become a professional composer by working and taking our courses. The core of the Electroaucoustic music is to experiment and develop new sounds and in that respect EMS have an important role to inspire and educate musicians and composers to think and act differently. 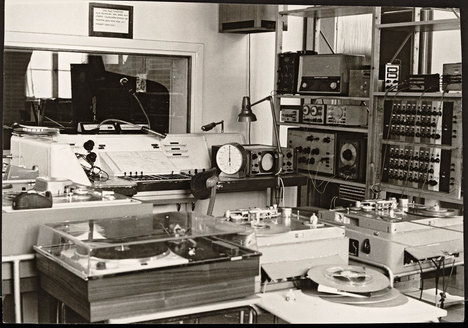 Anyone could apply to study at EMS?

EMS is not an academic institution, any university or a school, Its primary function is to provide studios, but we hold courses in electroacoustic music and sound art every term that anyone can apply for. We are free to collaborate to any institution. We run advance master degree in sound art. We provide some other schools like a practice term for their graduation. So we are not bureaucratic or academic in that sense. After finishing them you can apply for a part time education in EAM that reaches over 2 year. We also from time to time cooperate with other Universities with courses similar to ours. You have to finish the basic course to be able to work in our studios and you gradually gain access to more studios when you complete the more advanced courses. The courses are held in Swedish. 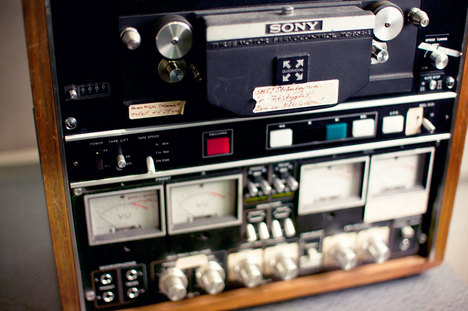 Tell me some latest collaborations with some figures or future ideas!

Yeah, we are supporting a new project with the Modern Museum for an installation with artist Carl Michael von Hausswolff. It’s a project called Freq Out 8

How does EMS involve within a project like that?

It depends, we can just provide technical assistance if the artist get the fee and travel support from other organization. But generally we are supporting with equipment. We have a list of guest composers. I remember for instance Stephen O’Malley was working here in a project for the Louvre, some kind of movie thing and we did some kind of film project for the National Theater in Copenhagen with video artist. Morton Subotnick was here too. He is actually one of the inventors, kind of legendary feature starting the San Francisco Tape Music Center and he is also who initiated the construction of the book ” The Synthesizer,” which is one of the most precious items. In that sense, he’s like a legendary figure. He was here hanging out, we organized a lecture and well, doing some cool stuff with the Buchla.