“Vortigern’s Machine and the Great Sage of Wisdom” will be released by British illustrator James Jarvis and Russell Waterman who is a director of SILAS.

For the past 8 years, British illustrator James Jarvis has been creating three-dimensional casts of characters for SILAS, “World of Pain and In-Crowd plastic toy series”. Now, he introduces us to a set of new characters in storybook form. “Vortigern’s Machine” is a new Jarvis universe full of psychedelic adventures, mystical insights and much magic. This book will be released in Europe next week and will follow in Asia thereafter with releases to follow in North American in June. 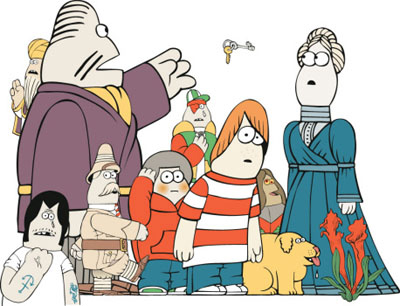 To celebrate the release of his new illustrated storybook, “Vortigern’s Machine and the Great Sage of Wisdom”, James Jarvis will be making a rare personal appearance and signing copies in London’s West End. This will be James’ first ever UK book signing.