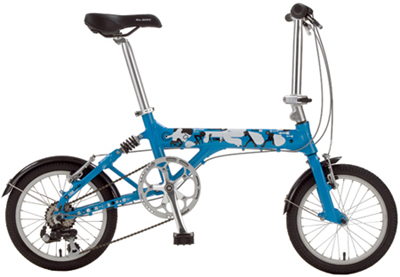 “16st Design Project” is a project that the design portal site CBC.NET and Be.BIKE produce some new custom bicycles. By collaboration with different kinds of occupations, for example, “bicycle×fashion” “bicycle×art”, they suggest a new their sense of value that a bicycle which is a mere transport to more interesting thing. Five graphic artists participate in it throughout the world ! It is scheduled to achieve in the end of March, 2006, and progress state and an introduction is released to blog at any time.