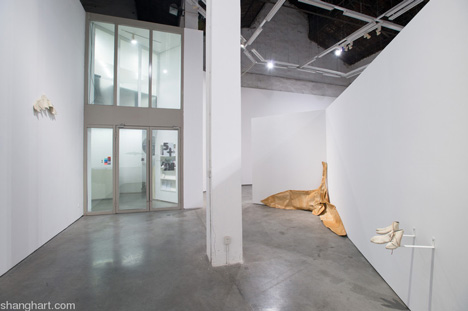 ShanghART Gallery is horned to present Han Feng: Selected Works. Han Feng, born in 1972 in Harbin, was just called the Post 70s Artist of the backup of new art in 2000, now has become the main force of contemporary art.

In 2008, Han Feng received the jury award from 2008 Annual Creative New Artists (M50 Shanghai) when he was a postgraduate student in Fine Art Academy of Shanghai University. His style changed significantly after he finished the courses in 2009 that he shifted his attention from human to the artificial objects. It’s not only the form but also the concept that has been changed.

In 2010, Han Feng won the first prize of the First John Moores Painting Prize (Shanghai), the jury of which was consists of Lewis Biggs, the curator of Liverpool Triennial, artist Zeng Fanzhi and some other celebrities of art circle.