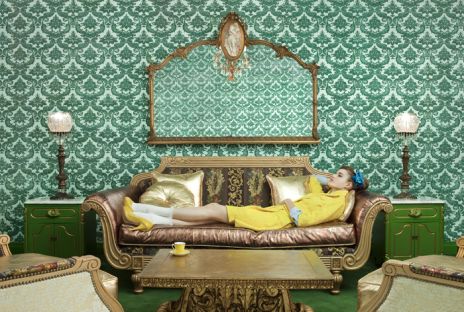 Aaron Ruell is not only a photographer but also a filmmaker, and commercial director. As a commercial director SHOOT magazine had recently declared him one of the most promising new directors in the world of advertising and Creativity has written that he is one of the emerging artists to know now. His work has been seen in magazines around the world and shown at galleries in the United States, Milan and Buenos Aires. colette is now showing his work, that was brought to Paris for his first ever French exhibition.

The images shown are a mix of still life scenarios as well as portrait work, including never before shown prints from a new series shot on location in a baroque California hotel called, The Madonna Inn.