Finally I would like to introduce 3 consecutive works of “Chinese Art Nouveau”, a mixed media artwork by Reiichi Hayashida who is based in Ebetsu, Hokkaido. 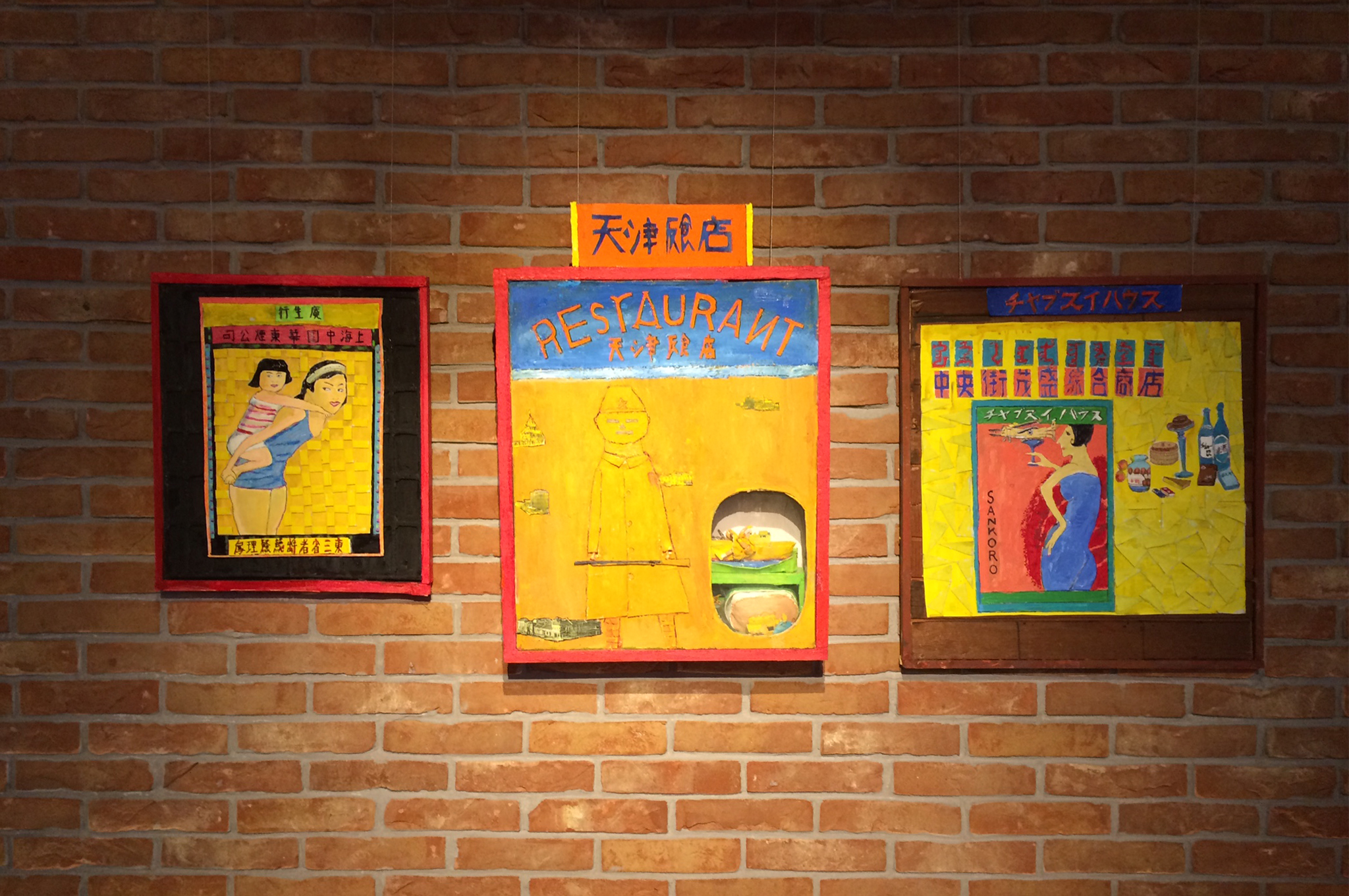 His works are related to his war memory that is an experience like a road movie reached to defeated Hokkaido from Manchuria, Shanghai and Dalian when he lived in young age. He has suppressed his memory for a long time and started drawing at about age of 40. His work suddenly became the spotlight in 2001 that he received the Excellence Prize at the Kirin Art Awards. 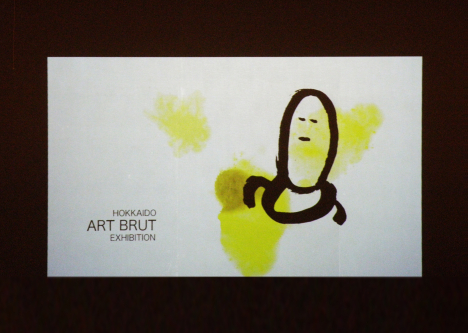 On the wall of lobby, there is a movie screening which is produced by Akira Hayasaka who is born in Asahikawa, Hokkaido. The concept is to create an unexpected contact with Art Brut artists. It analyses the contours of the paintings by Art Brut artists and brings the outline of the previous picture closer to the next picture sequentially. 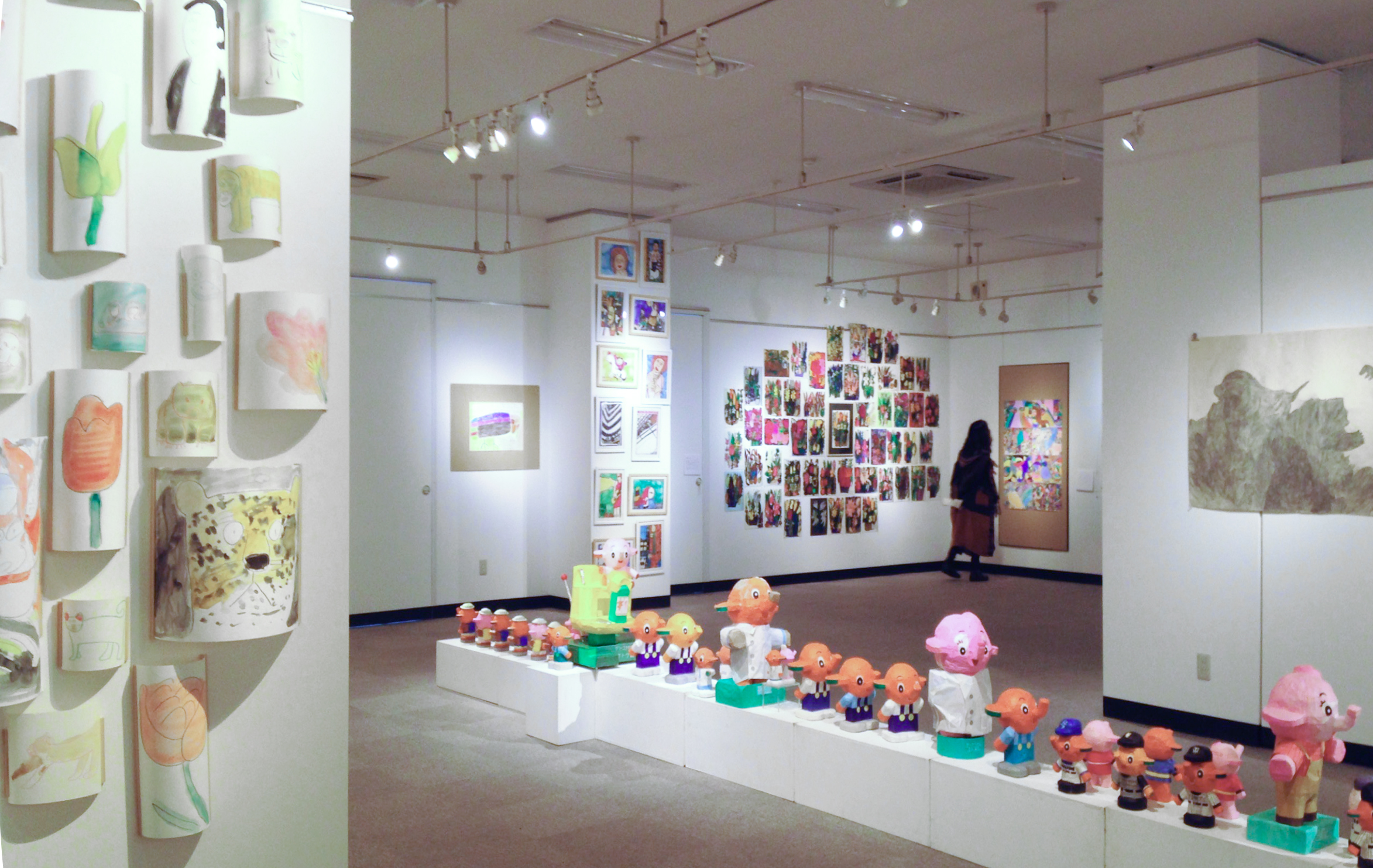 Japanese Art Brut is gaining attention in Europe. Exhibition “Art Brut Japonais” was held in Paris, La Halle Saint-Pierre in 2010. It received a lot of good comments. The exhibition period was extended. We are looking forward to the next exhibition.

Meanwhile, the domestic movements are also flourishing. A fiction film “Nise – The Heart Of Madness”, based on the story of Brazilian Dr. Nise who devoted her life to psychiatry, is released; a major retrospective exhibition of Adolf Wölfli, one of the most famous artists of Art Brut, is touring within the museums in Japan.

Art Brut is likely to be a more noteworthy Art field in the future.