The 66-year-old Cuban-American billionaire Jorge Pérez inaugurated his namesake Pérez Art Museum Miami (PAMM) in 2013. This contemporary art museum comes to fill the gap that the fine arts savvy audience along the Miami-Dade County community has been asking for. 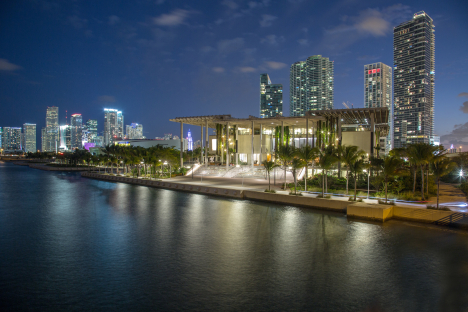 The Miami Art Museum of Dade County Association, Inc. (MAM) commissioned the Pritzker Prize-winning architects Herzog & de Meuron to design a state-of-the-art, sustainable building that expresses the museum’s role as an educational and civic forum for the County’s residents and visitors. With the rise of Miami in the art media spotlight thanks to Art Basel Miami Beach, Miami Art Week and Wynnewood Art District, PAMM is the piece of the puzzle that connects to the city and embraces Miami’s modern urban plan. Some contemporary artists who has exhibited, or are part of PAMM’s permanent collection, includes Ai Weiwei, Frank Stella, Olafur Eliasson, Dan Flavin, and Kiki Smith, to name just a few.

Since 2013 Miami and South Beach are undergoing a remodeling due to an urban planning which, besides the environmental thread of sea level rising – The ocean could rise two feet by 2060 by which the western half of Miami Beach may end up under water – according to the City of Miami, this plan revises Parks, Recreation and Open Space, Capital Improvements, and the Interpretation of the 2020 Future Land Use Map Elements. In this spirit, PAMM’s three-story building sits upon an elevated platform and below a canopy, both of which extend far beyond the museum’s walls, creating a shaded veranda and plazas. Working with local and international landscape designers and horticulturists, the architects use this space to “bring the park into the museum” in new and innovative ways. 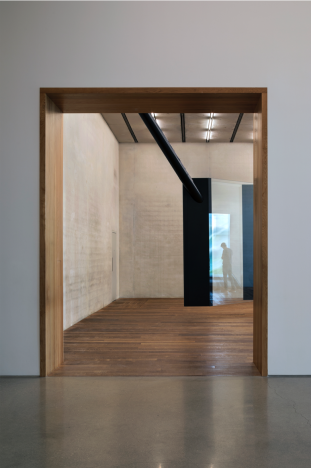 In collaboration with the Museum’s leadership, Herzog & de Meuron developed a series of gallery typologies to best display and develop PAMM’s growing collection. Different modes of display are deployed in a non-linear sequence, allowing visitors to map their own experiences of the Museum’s collection and physical space. The permanent collection galleries are located on the first and second levels. The latter of which also houses special exhibitions. Offering natural light and views of the surrounding park and bay, outward-facing exhibition spaces alternate with more enclosed galleries that focus on single subjects.