The South London Gallery has been based in Peckham, south London, since the 1890s, however in September, 2018 they added to their collection of art spaces with the opening of the Fire Station – a new art space in a very old building! 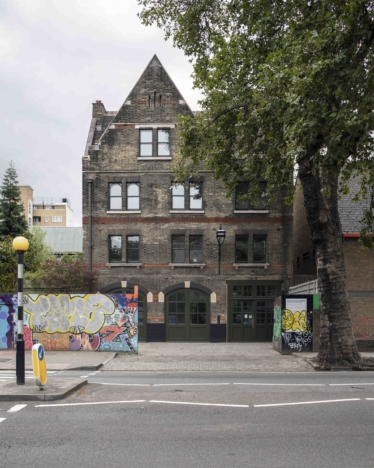 London is a fantastic art and cultural center, with museums and galleries scattered across the length of the city, and with some galleries, like the South London Gallery, operating for decades. Anyone looking to open a new art gallery has to face a choice of co-existence with an old building, or finding land for a bespoke building – not an easy task. For the South London Gallery the donation of a grade II listed building, built in 1867, provided an extraordinary opportunity to double the size of their art space while keeping a little bit of London’s history alive.

The building is the earliest surviving purpose-built fire station in London and was in active use until the 1920s. From 1934 to 2007 it was the head office, and factory, for a firm of butchers, but since 2008 it has been empty and was semi-derelict when it was donated to the South London Gallery in 2014. 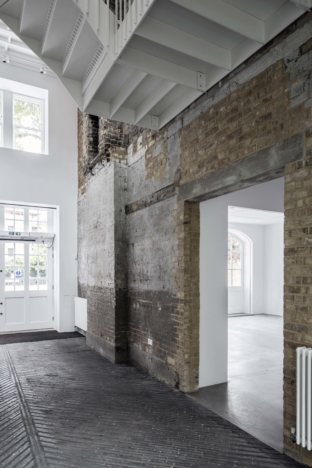 It has opened as a new arts space with gallery space, an artists’ studio, an archive room and community and education facilities. The ground floor where firefighting equipment was once kept has become a large space that can be opened up to the outside with old fashioned doors that used to only open when there was an emergency. A lovely touch to the building’s façade is an old Victorian lamp which says “ENGINES”. The entrance of the building leads directly to a staircase, one that is new and modern and which provides a striking contrast with the bare brick interior wall that it is attached to on one side.

The rooms on all floors have been transformed into pure white oases which stand ready for art exhibitions, bringing a Victorian building back to life, and ensuring the continued vibrancy of London’s art scene.