In Yangon, the former capital of Myanmar, “GorgeousJapan” which wan an event to introduce Japanese products and cultures, was held from May 15th to 16th. Along with the participation of Panasonic, KOSE, Kracie, mandom, Shinwa Agency known as Daiwa House Group at its exhibit, a show of new bridal dresses by Yumi Katsura International vigorously trying to expand into Asian countries in recent and live show by Japanese music group PrizmaX that one of the members is from Myanmar were performed on the stage. 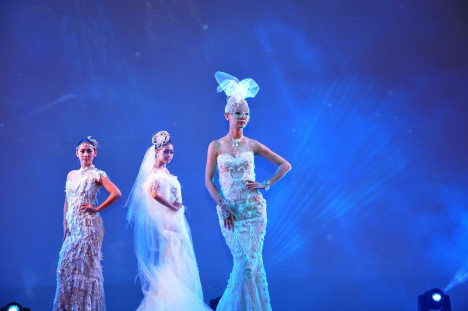 The grounds were a new five-star hotel Novotel in Yangon. Clark Gallery+SHIFT was in charge of creative direction of the whole. As the direction to make people feel Japan, GorgeousJapan logo made by a Sapporo based design unit WABISABI, active both inside and outside of Japan, was released around the grounds. 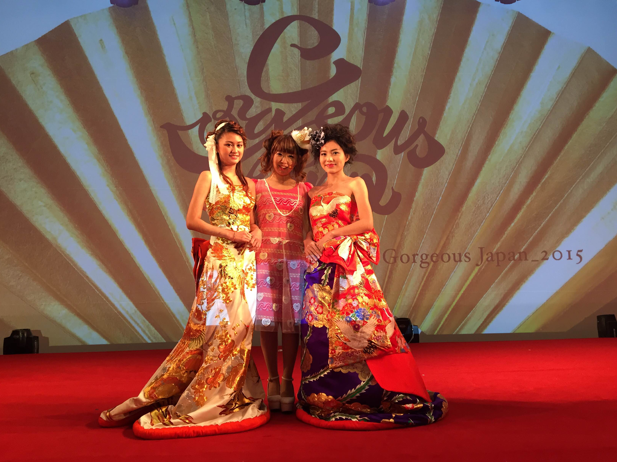 The Logo for Gorgeous Japan 2015, Designed by WABISABI

Also, a make-smile artist Miwonderful who participated in creative direction as well performed on the stage. With dancing and singing using images and original music, involved Burmese people to the show, she introduced Japanese latest makeup technique and made them smile. 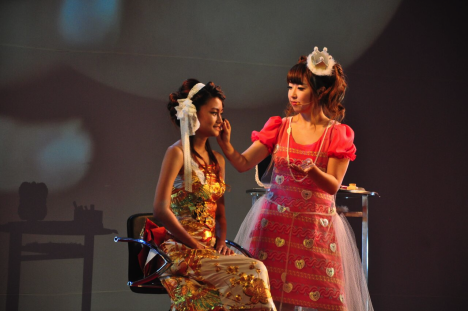 Miwondeful’s costume was an original dress designed by Mikio Sakabe who handles costumes for Japanese idol group Dempagumi inc.. Kimono dresses for models were produced by Dahlianty, got the first prize at the competition in China. 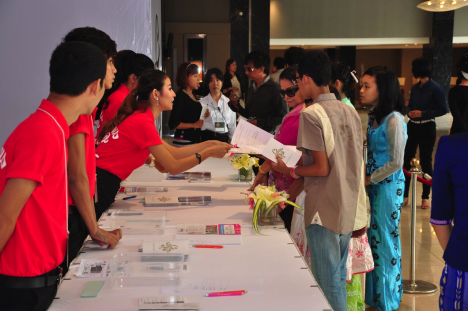 This even was held under michil Co. which attends to their business as a bridge between Japan and other Asian countries. Meanwhile it was supported by J-LOP backing Japanese contents export up. A democratizing country, Myanmar is known as the last frontier in Asia, which further development is expected, and advances of Japanese companies increase. Burmese original cultures such as temples called Shwedagon Pagoda, remains, music and dance were worth to see. Rooftop bar known as popular night spot among Asia starts to open.