As you know, the revolution occurred in Iran in 1979, and the state, which emphasizes Islamic values, was born. Making use of propaganda art, the new administration united its citizens and fought in the Iran-Iraq war, which lasted eight years. It also suppressed freedom of citizens’ speech and expression.
In Iran, when you make cultural and artistic activities, it is necessary to obtain permission from Ministry of Culture and Islamic Guidance (Ershad in Persian). Ershad considers whether or not the cultural and artistic activity fits Islamic manners and how it would influence the society, and then the ministry prescribes an extent and conditions of the activity. The Ershad criteria vary to some extent according to regime change. 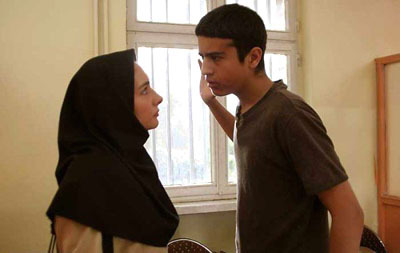 “Friday Evening,” a film by a female director, Mona Zandi, who had been visiting Japan lately, was screened at the 24th Fajr International Film Festival in February 2006 as the Khatami administration gave the shooting permission in 2005. Although the film received a prize, it was 5 years later that “Friday Evening” was released at cinemas in Iran. It was because the new government by Aḥmadī-nezhād, taking office after Khatami, who was known as a moderate, didn’t give the screening permission of the film in 2006, when the regime change occurred. The screening at the Fajr International Film Festival was allowed in February 2006 because the head of Ershad was not replaced yet despite that the president had changed. 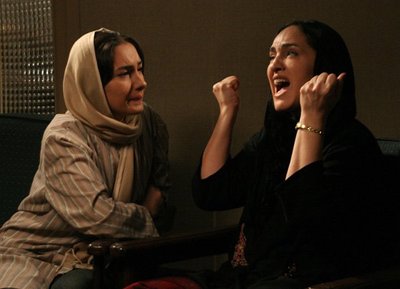 “Friday Evening,” which had difficulty in obtaining the permission from the government, had a great impact because of its contents more than because it was directed by a woman. “Friday Evening” features a woman who gets pregnant after being raped by her relative and is broken off relations by her father at the age of 16. The documentary-like film depicts how the isolated woman tries to survive in the huge city, Tehran with mental conflicts and efforts, which shows us director Mona Zandi’s high concerns about Iranian women and high awareness of the issue. 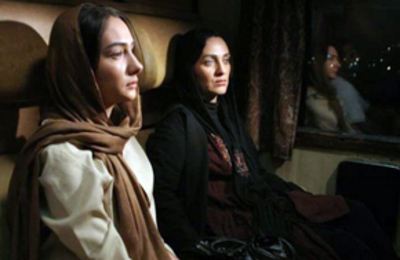 The director told that Iranian female directors after the revolution in 1979 can be divided into three generations depending on the regime change and the cultural growth. Iranian female directors of the first generation were pioneers who fought bravely against criticism from family and society under the circumstance of the post-revolutionary Iranian society where women’s artistic activities were taboo and succeeded in expanding possibilities of women’s activities. Taking advantage of the environment that the first generation established, the second generation focused on the issue which had not attracted much attention in Iran and increased the female directors’ influence to the Iranian society. 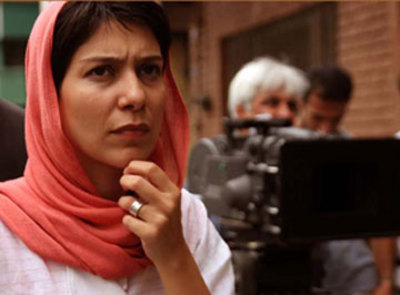 Lastly, present female directors of the third generation is getting much more attention from overseas by picking up worldwide, universal problems instead of limiting domestic ones. As director Mona Zandi pointed out, modern Iranian female directors are very active. For example, “Facing Mirrors,” a 2011 film by a female director, Negar Azarbayjani, which depicted conflicts of a transgender individual and his family, was shown in the Kansai Queer Film Festival in 2013. This film illustrates problems that transgender people will face not only inside the nation but in various cultures. Now, like Zandi and Azarbayjani, Iranian female directors have come to express themselves in the world stage. 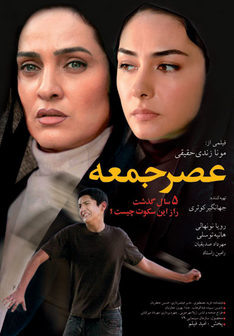