Anamachy Painting, a graphic designer who is active in Japan and other Asian countries, created a character GUGAA & MUGAA. Since the middle of March, GUGAA & MUGAA T-shirts and bags have been sold in collaboration with JO-1, which is a casual shop of D-MOP, one of the hottest select shop in Hong Kong. 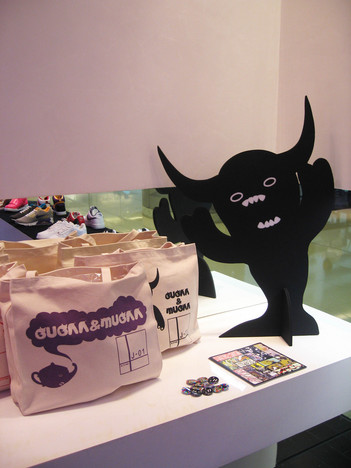 D-MOP, a popular select shop among the young in Hong Kong, marked its 20th anniversary in 2008 and got a high attention for collaborating with Bless, Y-3, MIHARAYASUHIRO, and Bernhard Willhelm. Focusing on domestic and foreign art/design scene, it deals with books as well as fashion, and collaborates with other artists, which makes D-MOP a cultural outlet in Hong Kong. JO-1 is the select shop of D-MOP’s casual line and selects items that suit jeans. It has also been creating many original items collaborated with major brands such as Chinese-style shoes with Adidas. 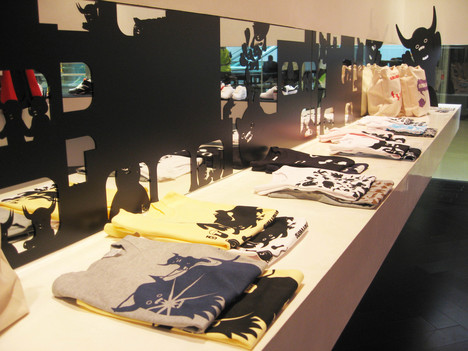 GUGAA & MUGAA is a baby-animal character created by Anamachy Painting. It ramps around as it likes no matter when or where. As though it engaged in collaborating work with JO-1, GUGAA & MUGAA seems like to erode anything in the store like inside of mirror or shelves, with a loose rein appealing off itself to customers. 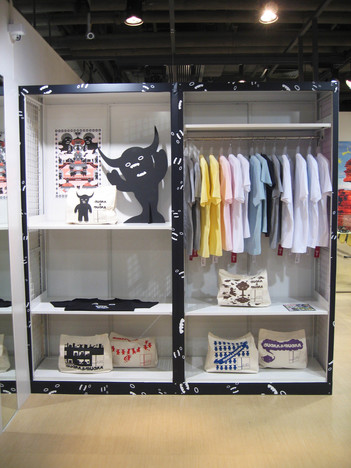 During the sales at JO-1, the GUGAA & MUGAA’s exhibition “GUGAA!!!!!” will takes place in Above Second, the gallery where explores a new movement of the contemporary art. Instead of selling goods like T-shirts, 70 original art works (acrylic on canvas) will be shown.

The limited design of GUGAA & MUGAA T-shirts and bags are on sale from March to June, and the exhibition at Above Second Gallery will take place from April 30th to May 30th.