Gisella Lifchitz has been introducing Buenos Aires culture as a contributor since the beginning of the SHIFT. She works as an artist in Buenos Aires, mainly focusing on collage illustrations. This time, as we heard that she worked on an illustration of Argentina’s first translation book of “The Little Prince”, we interviewed her about the book and her activities so far. 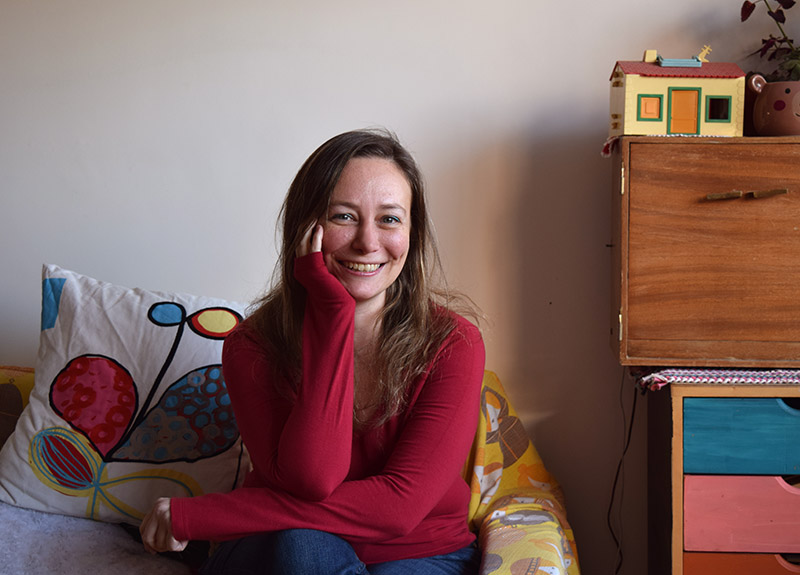 First of all, I would like to say thank you for your contribution to SHIFT for 20 years already. I think there are many changes for you and the city of Buenos Aires between 20 years ago and now. At first, could you tell me more about yourself?

Dear Taketo, you’re welcome! It has been a great pleasure to contribute to SHIFT for so many years. Yes, a lot has changed since then. At the same moment that I started writing, I began to take active part in a collaborative Project: Proyecto Venus, that was an exchange platform of artists and professionals based in its own currency called Venus. I was there for about 6 years, and I think both Shift and Venus shaped the path of my life at that moment.
Then I started working in photography, communication and design fields, and in 2010 I found myself dabbling into plastic arts, particularly with collage technique.  So I really dived into it, going to ateliers, art classes and participating in several collective and individual shows. I also took part of art fairs and groups, while my art was becoming more and more important to me.
In 2012 I definitely realized that I loved it and it made me so happy at the same time, and that was the beginning of a whole new chapter in my life: illustration.
Since then I collaborated for magazines, books, an illustrated album, and this beautiful brand new project “El Nene Principito”. 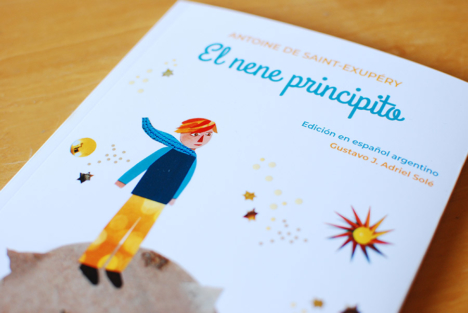 So, what are the changes in Buenos Aires in these 20 years?

BA is a land of contrasts for me. The cultural and artistic areas are always powerful, always alive, even if the social or financial context doesn’t always favor it.
In the last years I was able to participate in illustration fairs in Vicente López, Boedo, Palermo and Recoleta, and I also opened my own place for La Gran Paternal, an Open Studio event in my current neighborhood, which is filled with artists ateliers. That was very challenging and revealing at the same time!
In the last 20 years, Buenos Aires has always been a place where people meet and gather and make beautiful things together. That is the true heart of the city: people getting together, doing things, making changes, big or small.
When that happens, the city and we the citizens can trascend every barrier, real or imaginary.

Thanks to your contribution, I knew well about the culture of Buenos Aires and it is a must- go city in the future. If I will come to Buenos Aires, what is the best season and where will you guide me to?

The best seasons to come to BA are Autumn and Spring, for example in April-May or in September-October. Its not too cold nor hot, and the colors of trees are very nice.
I recommend staying no less than 2 weeks to really understand and experience the rythms of the city. I would take you to hidden places in not so well known neighborhoods, places that I am discovering myself: Rayuela’s Bar in Agronomía neighborhood, Falena bookstore in Colegiales, Viñetas Sueltas in Paternal, Ferreiro’s Pizza near Cid Campeador, Lo de Roque in Boedo, some nice streets in Villa Urquiza or Caballito (the beautiful Pedro Goyena Avenue, with the tipas tree tunnel), and some perfect spots at Coghlan and Belgrano R, Cafferata area in Parque Chacabuco and such amazing parks as Parque Saavedra and Agronomía.