There have been a few very successful examples of the guerilla store concept, most notably the Comme de Garcons stores in places such as Warsaw and Berlin, but also Vacant in the US. 60daysofspace is a new Dutch challenger. It can’t take the crown for being the first in Holland as 90sqm had established the concept last year with it’s Shopping&Cocktails events at various locations round Amsterdam, but 60daysofspace certainly pushes the concept much further and has managed to include the participation of some very recognizable brands. It’s also not limiting itself to the capital alone, but choosing to establish temporary spaces in Rotterdam, Den Haag, Arnhem and yes, eventually Amsterdam. So, who is behind this new venture? 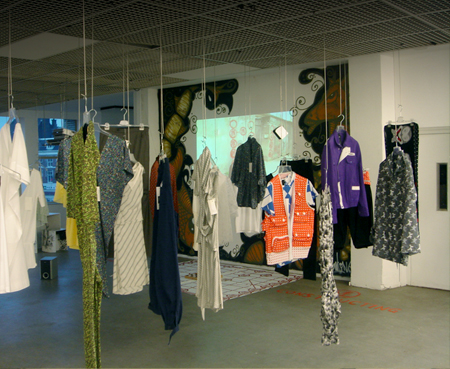 New Dutch lifestyle magazine, Blend is the brain behind 60daysofspace, working as a catalyst to combine brands and new local talent into a cultural offering. Publisher Jurriaan Baker says, “It’s not meant to be a brand circus, but it’s a cool shop made possible through brands”.

Currently located in the centre of Den Haag until the end of December, 60daysofspace has managed to take over 4000m2 of space and give it over to exclusive fashion, interiors and specially produced products from leading brands such as Philips, Onitsuka Tiger, Playstation and even Bugaboo. 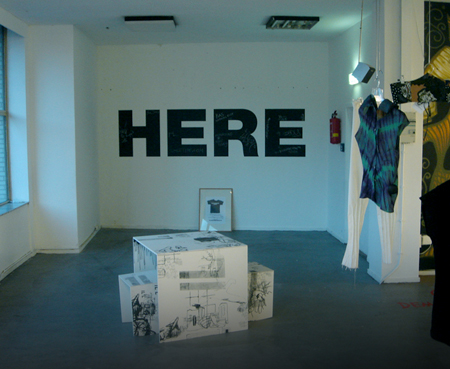 In addition, the space will also serve as a base for presenting cultural happenings both during and after shopping hours – happenings such as art installations by local artists and graphics designers, cultural events such as films screenings and even evening music events by local talent. Blend see the store as a physical extension of the interests and values held by Blend, which itself looks at fashion, people, music, media and art.

It describes its role as bringing the ‘best of the underground culture to the upperground.’ However they stress the importance of keeping the space looking ‘less-facilitated’ than a normal shop. The decoration of the shop ties in with local artists and maintains a raw, edgy feel. In addition, Blend only takes a small percentage from all the products sold.