Back in the autumn of 2003, I reported on the sad forced relocation of Amsterdam’s ‘laboratory for cultural production’, SMART Project Space. Following a 3 year battle to save their home in the former Swammerdam Insitutue from demolition, they had finally received notice from the city council that the demolition was going ahead and they would have to move. 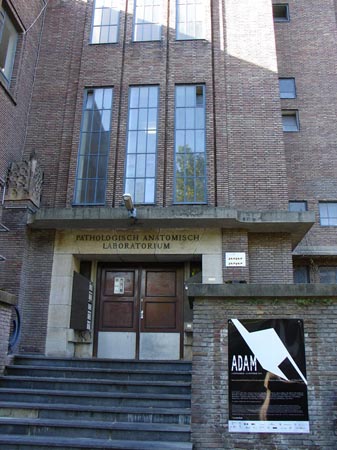 Apart from the enormous upheavel of relocating an organization such as SMART, there was also incredible sadness that such a significant and rare building from the 1960’s would disappear once and for all. It was a frustrating time both for Thomas Peutz, director of SMART and the residents of the city who had grown used to using the space for not only unique art and culture happenings but also as a place to meet, eat and hang-out. With SMART’s permanent home removed, it left a big gap in the cultural landscape of Amsterdam. 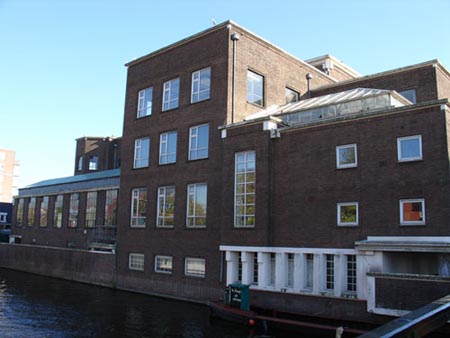 It was therefore with great pleasure and anticipation that I went to meet Thomas at SMART’s new home – the former Pathological Anatomical Laboratory in the Old West part of Amsterdam. Built in the 1930’s and known locally as the PAL building, it was purchased by SMART last year and provides the organization with a permanent home from which to finally put all their ideas into practice.

An imposing building, it – thankfully – still retains much of its old character and institutional background. Once you step inside, there are hardly any clues to the present decade, apart from the odd scattering of computer equipment.

According to Thomas, the plans are to renovate calmy and sensitively, allowing the building to still maintain its identity and heritage. SMART Project Space appointed Peter Sas Architects to transform the 4000m2 building into 700m2 exhibition spaces, 5 cinemas, 12 studios, 2 project rooms, a media-lab and production studio, cafe/restaurant plus a members club. It’s going to be a remarkable addition to Amsterdam’s cultural map. 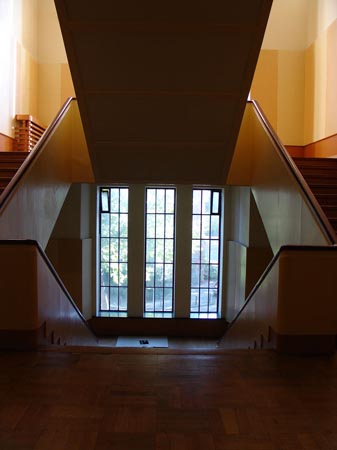 SMART project space is all about providing ‘the framework for artistic production and creative research’ and draws together ‘a wide range of approaches that respond to artists’ initiatives’. The new building fits their ambitions perfectly. Apart from providing much needed studios to both Dutch artists (there is a shortage of art spaces in the city), SMART will also be nominating 6 studios per year to foreign visiting artists. The studios will also feature live/work spaces (a rare luxury) and each artist’s stay will result in a publication of their activity during the residency.