Not long ago, West Kowloon was just the name of an area-the Western part of Hong Kong’s Kowloon peninsula, to be exact. Today, however, those two words mean so much more, as they have become a short-hand for the controversial West Kowloon Cultural District. 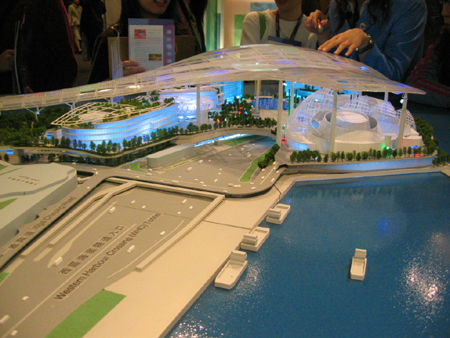 The 40-billion dollar development project will transform a moribund industrial zone into an “Icon for Culture and Leisure”, comprising four museums, three theatres, a concert stadium, an outdoor water amphitheatre, a design school, hanging gardens, residential towers, office buildings, shopping malls, and more. If it ever gets past the drawing board, that is. 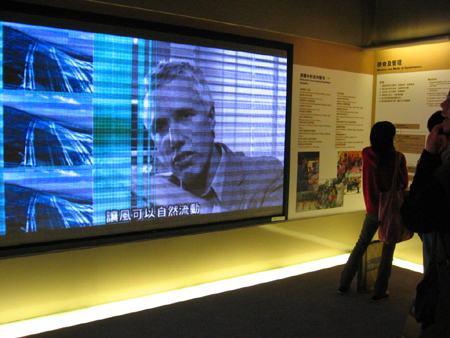 The project has been at the center of a feverish debate for some time now, with critics from all sides. The developing companies not chosen for the project accuse the government of shady dealings, the artists claim that not enough of them have been consulted and that the entire complex will be more focused on commerce than art. Edo de Waart, the conductor of the Hong Kong Philharmonic described the recent decisions about West Kowloon as “ridiculous”, while others have far-less polite words on the matter. 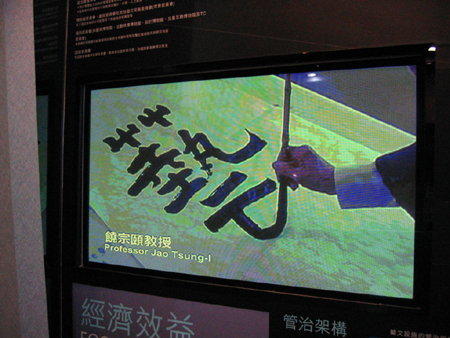 Lucky then, that for a few months this spring, the public will get to share their opinions on the project at the Public Consultation Exhibition, held by the Hong Kong government at different venues around the city. A massive exhibition space at City Hall is currently filled with the show, demonstrating all aspects of the plan for West Kowloon. Large video screens show promotional films put together by the developers; elaborate scale models give bird’s eye views of the proposed construction; enormous wall panels describe the timeline, map, and goals of the district in glossy detail; there are even darkened cabinets set into the walls where lit-up miniatures of the ambitious “canopy” structure rotate for viewers to see from all sides and hopefully understand. 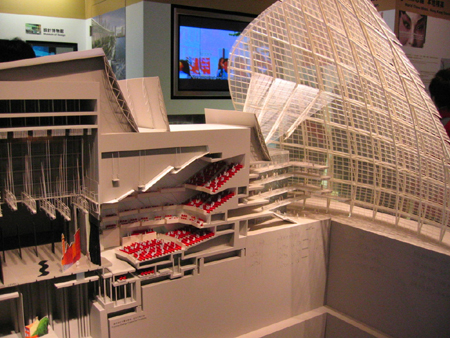 Even on a Monday afternoon, the gallery was packed with local people, trying to understand the project and the storm of controversy surrounding it, and forming their own perspectives on the matter, which they could contribute via computer terminals or paper forms. Every visitor left with a DVD and several shiny booklets of information, and most left behind their own responses to the proposed district, but it’s unclear how much the developers will pay attention to the voices of those they are supposedly serving.