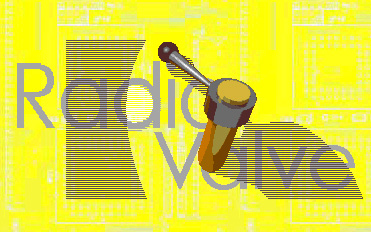 With the rapid growth of Internet audio technologies such as RealAudio, net broadcasting is becoming a revolutionary trend to produce more profound multimedia on the Internet. There are several major network players including CBS and ABC that have already launched real time broadcasting through the net. However, many independent radio stations have also emerged with unique contents and ideas from around the world— RadioValve, based in Boulder Colorado, is one of the more intriguing radio sites, which delivers exclusively electronic music to your computer on demand. The following is the interview with Devslashnull, one of the founders/producers/artists of RadioValve. Tune in www.radiovalve.net with your loud speakers hooked up to your computer.

Devslashnull(dev): RadioValve is Full Spectrum Techno Internet Radio. 24 hours a day, 7 days a week. We broadcast via the internet and can be tuned in and turned on for free using the latest Real Audio Player. We feature a non-stop across the boards schedule of every style of electronic music imaginable, from Dance to Ambient to Experimental and HardCore. RadioValve also features searchable playlists for all of the shows and descriptions of the styles and DJ’s. In addition to our scheduled programming we featured archives of live events, interviews and music reviews.

How did you get the station started?

Dev: In the winter of 1996 there emerged a small band of independent producers, artists, promoters and hackers who collectively generated the “Pirate Sound System” , a series of underground events in Boulder, Colorado. Several members of the collective were already producing programs on local community radio station KGNU fm, which is well-known for its alternative programming. KGNU had recently been awarded a grant to expand the scope of it’s mission by utilizing the internet. A Real Networks streaming media server was installed on an SGI with a dedicated T-1. Not being the types to shy away from experimentation, the Pirate crew and others pooled their talents and resources to begin airing a weekly 3-hour all techno/electronica program called “Electronic Air”. The program was simultaneously webcast globally and archives of the programs created. As the program went through its growing pains it became apparent that the global audience offered by the internet had huge potential in terms of our specific audience. Producer/Artists E23 and devslashnull created RadioValve in the summer of 1997 to enable them to explore those potentials. RadioValve is independently owned and operated by Voigt-Kampff Media Systems, a Boulder, Colorado based start-up company.

RadioValve covers a wide range of electronica with some unique features that can’t be seen in traditional radio broadcasting —providing the listeners detailed information of artists /labels played in a program in real time. Could you tell us a bit about the air programs?

Dev: Our programming is a combination of in-house production, live events, and DJ sets. We feature many specialty shows that focus on a particular artist label or genre, such as Feature Beat, Deleting Edge, TestTone, SubHarmonic, Concrete Jungle, or Radix Retro. We feature a call-in talk show style program called ChatterValve, hosted by Clark ov Saturn every Friday. ChatterValve explores the slippery subjects of the day to a drum’n bass backdrop. Each weekday we feature a continuous mix set by a killer DJ or three… Spinning the range of styles from House to Trance, to Hard Techno, to HardCore to Breakbeat and beyond. We have live sets from artists like MixMaster Morris, and interviews with Luke Vibert, Alec Empire, and Whitley Strieber!

One of the interesting factors is that you have virtually unlimited audience on the net compared with regular radio broadcasting. What are the advantages/disadvantages of using net broadcasting?

Dev: The beauty of the web in our case is that it does provide a means by which a fairly small niche audience globally can easily amount to fairly significant numbers. After being on the air for less than a year we consistently host over 3,000 listening sessions that average over 15 minutes each every week. Broadcast radio averages around 9 minutes per session. While these numbers may not seem huge, they are also consistently growing. There are many other advantages to broadcasting our programs via the net. We have a much better picture of who our listeners are, when they listen, for how long, and from where. We have also generated much more specific information about our listeners from surveys we have taken on our site. This kind of direct feedback from our listeners helps us provide them with a better service. We recently discovered that many of our listeners would pay a small membership fee to be able to access our programming at higher quality levels and to be able to create customized sets of shows for their own daily schedule, based on their preference for a certain DJ, style of music, or even certain record labels. And so of course, that’s what we are going to do. It makes our listeners happy, and there was no real guesswork involved. This kind of control and feedback is as powerful for our listeners as it is for potential sponsors or advertisers. Clearly, the net offers much more to a potential sponsor in terms of a targeted audience than traditional radio ever has.

The primary disadvantage of “net broadcasting” for us is the quality factor. In the early days of the development of RadioValve we decided to broadcast in the most common format, for the standard 28.8 speed modem. While we did create a very effective custom hardware/software system for processing and encoding our programming, it still left much to be desired. As we move ahead technologically these barriers re-arrange themselves. Moving into 1999 we are producing all of our material using the new G2 technology from Real Networks. Standards will shift and new technologies will emerge, but that is part of the challenge with any new media based service. The important thing to focus on however, is not the technology but the service we offer, the content, the music and the people. With that as our primary concern we are pretty confident that any current disadvantages will be overcome.

Where is RadioValve heading to in the future?

Dev: We are very excited about the potentials of Internet broadcasting and RadioValve in particular. One of our short term goals is to offer a higher level of service to our listeners. We’ll do more live remote broadcasting, and will soon announce a RadioValve Affiliate type program where independent producers can broadcast their events from their location via the RadioValve “Virtual Tower”. Since many of our listeners are tuning in from cubes at work, we plan to offer higher quality access, and an option to customize their daily programming, while streamlining the interface to conserve desktop real estate by embedding all playlist info, show info and sponsor info directly in the Player application.