The Hayward Gallery within an art complex known as the Southbank Centre is part of a cultural heritage that dates back to 1951. The Southbank Centre grew out of the Festival of Britain, a festival to show the world the best that Britain had to offer back in 1951. It initially started with the Royal Festival Hall, but by 1968 it also included the Queen Elizabeth Hall, the Purcell Room and the Hayward (later known as the Hayward Gallery). 2018 marks fifty years of this marvelous gallery’s existence right in the center of London, it has attracted huge numbers of people every year and just recently it was closed for two years for extensive refurbishments. 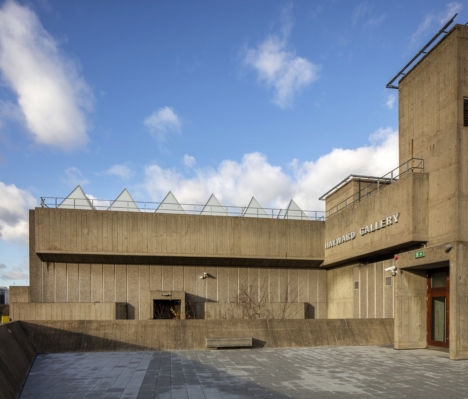 The location of this gallery in this vibrant city is not only complemented by the Southbank Centre but also by its closeness to the National Theatre, the BFI IMAX and Somerset House just across the river. While just further down the river one can see the iconic cityscape of the Houses of Parliament, while to the west one can sample the delights of the Tate Modern. The gallery itself is housed in a building which is notable for its exposed concrete construction, characteristics which shout Brutalist architecture. The recent renovation saw the refurbishment of the gallery’s famous steel and glass square pyramids on its roof, which at night are lit up with different colors. 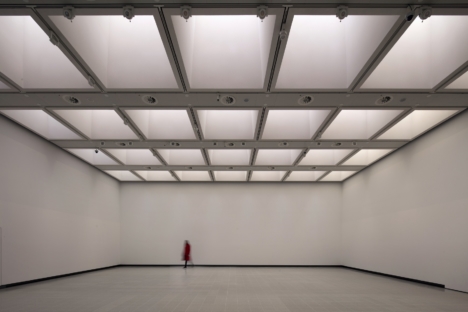 Inside the gallery there is an incredible sense of space over its two floors, which is perhaps aided by the removal of the false ceiling that used to be in the gallery. The upper galleries have really benefited from the natural light that can now enter the building, and really do demonstrate that this is how the gallery should have been ever since it was opened in 1968. There isn’t anything else too different in the rest of the gallery apart from the floors, but now that the gallery is open visitors can once again set admiring eyes on the spiral staircase that dominates the first floor. 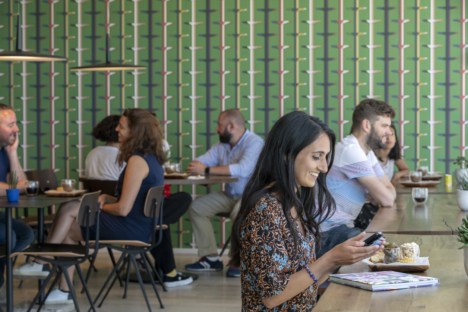 Visitors can also enjoy the Hayward Gallery Cafe or head over to the Hayward Gallery Art Library located in the Royal Festival Hall. However, after being exposed to the pure art which the Hayward Gallery presents to its fans (there isn’t a permanent collection) you might want to just go for a walk along the Thames River as you consider the world of art in the context of architectural gems like this gallery.