One bedroom hotel in London “A Room for London”. 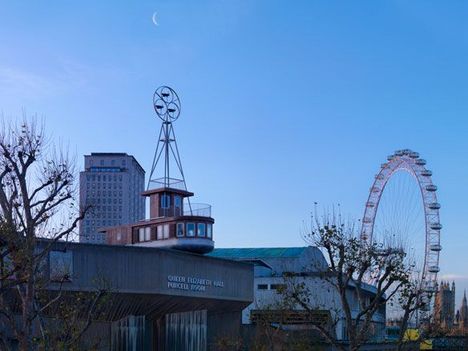 It is an unusual view; a ship on top of a building that can be seen near Waterloo station in the city of London. The building is called the Queen Elizabeth Hall, located in a corner of the South Bank Centre art complex. Although this could be viewed as a peculiar sight, it has surprisingly blended in well within the landscape of London. This owes itself to London’s own magic.

The ship on top is an architectural installation called “Room for London,” and is one of the art projects “London 2012 Festival,” which is in collaboration with this year’s Olympics. The “Room for London” is a ship-shaped hotel, and the bedroom is a octagon-shaped space, which is protruding from the building. There is an observatory on the top floor (second floor) as well, and the view at night is a must-see, since you are able to observe from a very high point. 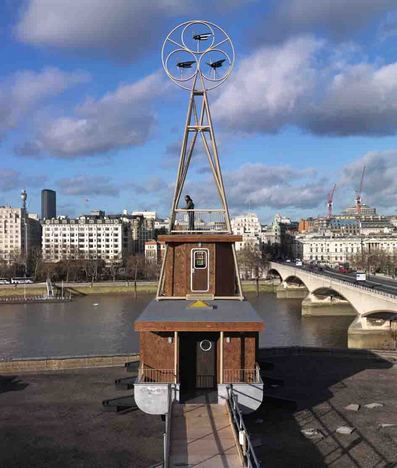 This ship shaped hotel was designed by artist Ms. Fiona Banner and architect Mr. David Cone. The ship’s model was taken from a river boat, which was the inspiration for British writer Joseph Conrad’s book “Heart of Darkness.” In the novel, the river boat departed from the Thames river and arrived at the Congo in Africa. Famous art organisations in England such as “Artengel” and “Living Architecture” sponsored this hotel as well as the South Bank Centre. The boat shaped hotel has been established in the way that takes in all of London’s scenery, including famous spots such as the Thames river, Big Ben and St.Paul’s cathedral. 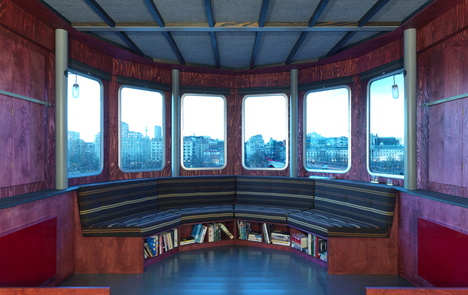 Of course, this hotel is open to the public. The room fee is from 120GBP/ room with a maximum one night stay and two people. However, unfortunately the rooms have been fully booked until December 2012 when the reservation system had opened in September 2011. Therefore, they are currently considering an extension of this project, and seems like it could be possible to book it for a stay after 2012. You can sign up a newsletter from the below website of Living Architecture (organised by a famous writer and philosopher Mr Alain de Botton) and it tells you when a “Room for London”’s slot opens up as well as other art information.

On other dates when hotel guests have not been using the “Room for London”, the room is used as a studio for well-known musicians and artists from all over the world. It is interesting to see what kind of beautiful artwork they can create with the lovely scenery in the background. This is a room that people can’t help but want to experience with its to-die-for gorgeous London landscape.