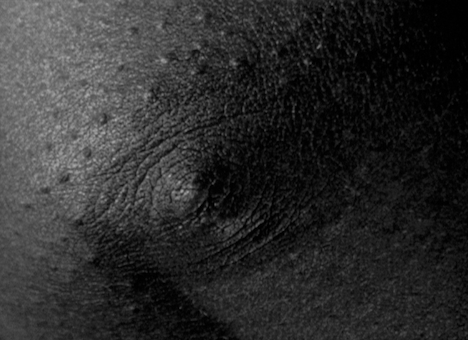 Rat Hole Gallery in Tokyo holds an exhibition of an early film work by Steve McQueen entitled “Cold Breath” until September 4th, 2016. He is an internationally acclaimed artist and filmmaker as winner of the Turner Prize in 1999 and the Academy Award for Best Picture in 2014.

McQueen, born in London, often addresses social and historical movements revealing a political consciousness in a powerfully evasive way that draws the viewer into the ambiguity of his works and leaves his audience to reflect upon and construct their own point of view. And his works explores the conflation of gender, sexuality, violence, and desire, and is characterized by an intense physicality evoked by a seemingly abstract sequence of sensual imagery.

This exhibition offers a unique opportunity to view such a work from the artist’s early career including “Cold Breath” (1999) ; 16mm projection installation,, having been shown previously only in London, New York, and Avignon in 2000. It marks the first time for the work to be presented in Japan.