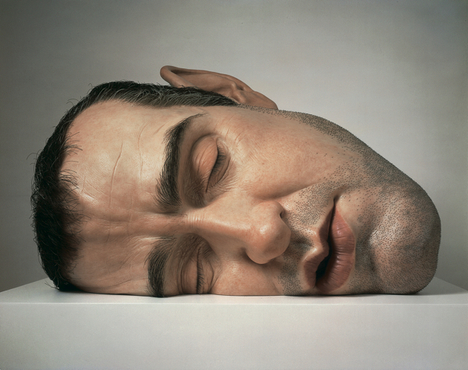 Born in 1958 to German parents in Melbourne, Australia, Ron Mueck first came to public attention when his sculpture “Dead Dad” starred in the 1997 exhibition “Sensation” at the Royal Academy in London.

Mueck has since shown himself to be a major sculptor whose work elicits an immediate emotional response, by using all the traditional elements of his medium: pose, gesture, facial expression, scale and realism. Mueck’s subject matter – for all its universality – is deeply private, concerning the unspoken thoughts and feelings of all human beings.