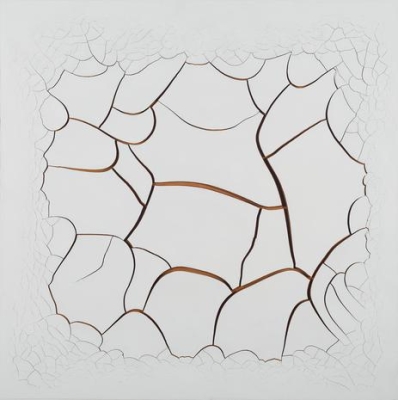 For this exhibition, she will include works from her two most recent series: “Kindred Spirits”, 29 portraits of the artist donning the face painting and body ornamentation of Native American tribes intermixed with markings derived from artworks by Minimalist and contemporary American artists, and the “Mimbres” paintings, which reference the visual culture of the Mimbres people who inhabited the American Southwest in the 11th century. Together these bodies of work elaborate on Varejão’s longstanding interest in colonialism’s effect on the aesthetics of identity.

Following her exhibition at Lehmann Maupin, Varejão’s work will be prominently featured during the 2016 Summer Olympics in Rio de Janeiro, in the form of a large-scale commission for the Olympic Aquatics Stadium.