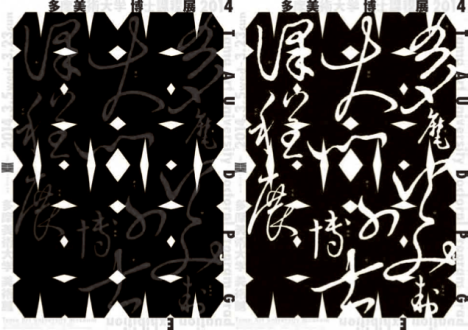 From December 3rd to January 26th, 2016, Koichi Sato’s exhibition “Graphic Works” will be held at Granvista Gallery Sapporo. Past posters of the graphic designer, known for unique representation described as “Super-Oriental,” will get together.

As turned into a freelance after leaving Shiseido Publicity Department, his works have been collected in a number of Museums in Japan and abroad. In recent years, he continues to publish the free expression that is not caught in the evaluation of the “Super-Oriental.” In his comment as “The Feeling toward Design” for Japan Design Committee, he refers “I have never met a really favorite kettle. Although replacement of the kettle many times until now in search of a good design, I don’t like them really, a kind of “temporary living” has continued until today. (…) Because I even say such a thing, I am not a product designer. It is an amateur opinion. But for amateurs, the freedom to seek a full kettle is always left.”

Shigeru Uchida, an interior designer expresses his woks “it also seems to avoid being immobilized in the plane that the distinctive sign sense going the transitory, as similar to the world and culture is always moving stir.” It surely very precious to watch the world of Koichi Sato at a place called Gallery in a hotel where various people with different backgrounds and cultures come and go, and spend a time with different lengths.