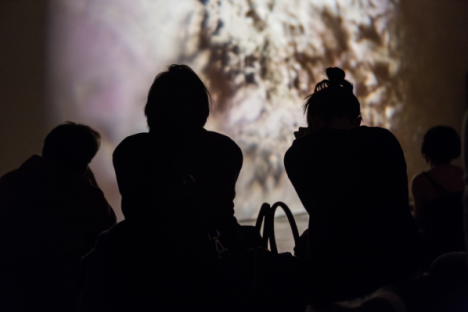 “Sound Live Tokyo 2015,” a festival that introduces unfashionably critical approaches to sound and music, will be held from October 2nd to December 23rd, organized by PARC –Japan Center, Pacific Basin Arts Communication. PARC’s objectives are to promote international exchange and to widely support advancement of the arts and culture as well as activities.

It explores expression that involves “sound” in a broad sense, including music as conceptual. Participating artists are not only musicians, lineups of various fields from rookies to veterans as 80s, such as avant-garde theater, experimental film and contemporary art. It’s the festival of attention that audience gather, who are not afraid to cross-border, has greed and high sensitivity for expression.

Programs are “Miracle” by Keiji Haino who planned for 40 years, his first “composition” which is the final response to John Cage’s 4′33″, its “sequel” 0′00″ and their countless variations. “Canti del Capricorno” referred to as the 20th century maximum of song co-directed by a heretical composer Giacinto Scelsi, Michiko Hirayama, a soprano of the legendary. And “Nervous Magic Lantern,” a live screening performance by an experimental filmmaker, Ken Jacobs who will come to Japan 22 years, in 82 year-old. All 6 programs are just very interesting concept and works.