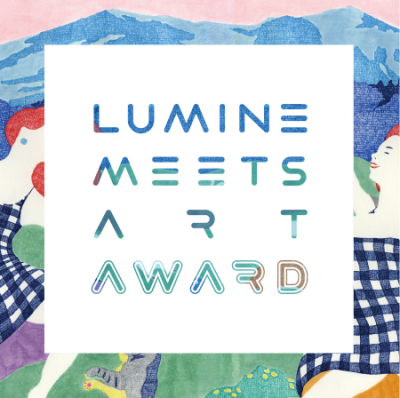 The application term of work for the 5th “LUMINE meets ART AWARD 2015” has been started also.

It’s the “LUMINE meets ART” that has a concept to meet a little excitement and non-daily at LUMINE as usual. It aims the future that the artists will play an active role each, who agree to the “new me-ish.” The Grand prix of 2014’s was “Knit Invader” by Saki Chikaraishi, who is exhibiting at CowParade Niseko.

The deadline for submitting will be till September 23rd, 2015. There are 4 award categories such as the Elevator, Window, Installation and Digital image. Grand prix, LUMINE award and Audience Award will be exhibited at LUMINE, on February 2016.