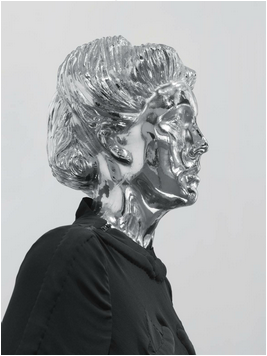 Primary inspiration for Perret’s work stems from her fictional narrative The Crystal Frontier, which the artist has been writing since 1999. This ongoing story follows a group of women who, in attempt to escape capitalism and patriarchal convention, form a commune called New Ponderosa Year Zero in the remote desert of South western New Mexico.

The language of feminism is only one of numerous voices Perret invokes within her body of work. Constructivism, Marxism, theater, Bauhaus design, nature, the occult, Eastern religions, Art Nouveau, and geometric abstraction are among the diverse subjects that are referenced. Her continually expanding narrative and installations generate a space for Perret to engage these different histories and explore how objects function within and influence the social systems they inhabit.