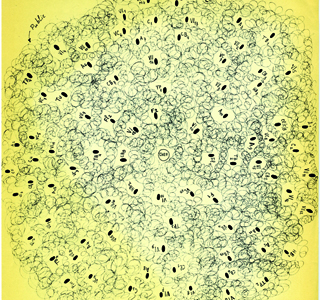 The exhibition will explore the fundamental role of drawing in the work of avant-garde composer Iannis Xenakis (1922–2001). One of the most important figures in late twentieth-century music, Xenakis originally trained as an engineer and was also known as an architect, developing iconic designs while working with Le Corbusier in the 1950s. This premiere presentation of Xenakis’s visual work in North America will be comprised of samples of his pioneering graphic notation, architectural plans, compelling preparatory mathematical renderings, and pre-compositional sketches—in all, nearly 100 documents created between 1953 and 1984.