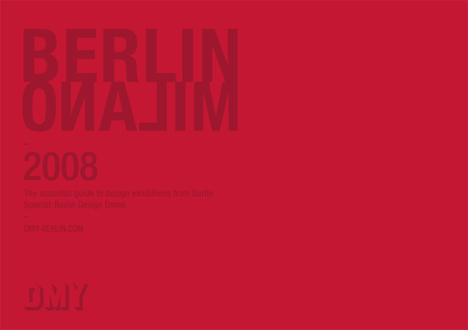 DMY Berlin is a Berlin-based platform for product designers. Its goal is to act as a representative, bringing together the design activities of the German capital to introduce them to the international design system.

Via the catalogue ‘Berlin / Milano‘, DMY Berlin introduces all Berlin designers which will be participating in the Salone Internationale del Mobile, from April 16th until April 21st 2008 in Milan. The Milan based fair is the worldwide leading exhibition for furniture and interior design. Under the title ‘Berlin / Milan’, DMY brings together all the Berlin-based creative minds who are represented with their own exhibitions or presentations in Milan, as well as designers from Berlin who work for leading exhibitors or producers.