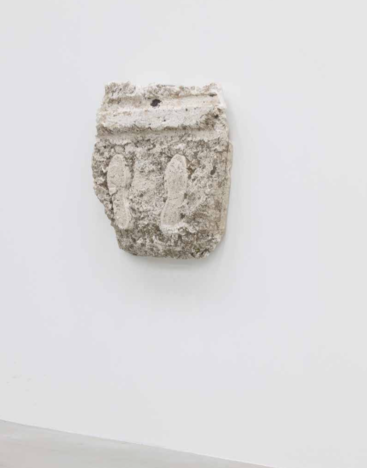 “The Grounds”, 2017 © Chim↑Pom Courtesy of the artist and ANOMALY

As tensions recently increasing at the US-Mexico border, this work is becoming more important than ever. It was created in 2017, but no one could ever anticipate when its true value revealed. It reminds me of the time I once walked across the border about 20 years ago. As a person from an island nation, it was my first strange experience to cross a country border connected by land. I cannot imagine how much it means to the people in the actual scene, but this work is speaking up for them.

Chapter 2: The Dignity of Life – Loss and Hope 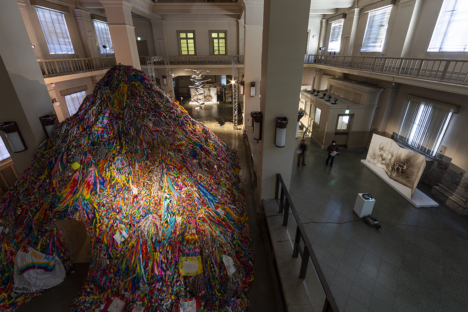 On the other hand, there still are many works taking place in Japan. This work is unraveling the fact that people’s prayers are becoming non-burnable waste and restructures it again. It makes us feel as if looking at the remains of economic materialism. 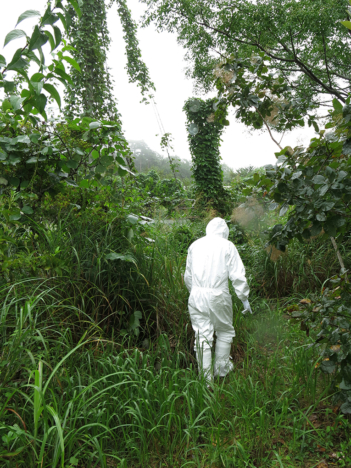 “Don’t Follow the Wind”, Installing the exhibition on site in the Fukushima exclusion zone © Chim↑Pom Courtesy of the artist and ANOMALY

Human-made disaster, another concept for Chim↑Pom has turned into art reflecting reality. This concept significantly appeared in “Don’t Follow the Wind” created when the Fukushima nuclear disaster happened. It is unconventional as an exhibition prohibited for entrance until the evacuation order is lifted from the restricted zones. In other words, the exhibition is opened on the condition of safety and restoration. It represents the fact that cultural development often occurs in proportion to or as a trade-off to something.