RIBBONESIA “MURMUR”
The new works exhibition using the ribbon materials by the art unit RIBBONESIA is being held at Clark Gallery +SHIFT from September 1st to 30th. In addition to the 8 relief works which became popular in the Tokyo exhibition, experimental three-dimensional works exceeding 2m were also released for the first time in this exhibition. Silk scarves of their original prints are also on sale. 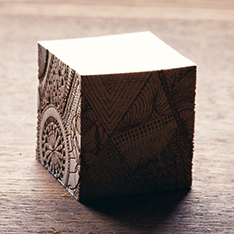 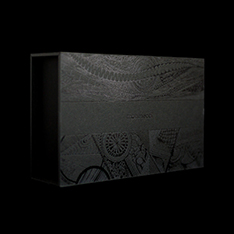 MONMECCI “SCULPTURE STICKY NOTES”
Sculpture sticky notes by the product design brand “monmecci” started in 2016 and was based on the concept of “Design in the place where life is” has arrived. Adult sticky note that stimulates visual and tactile with original pattern sculptured on the side and also harmonizes with chic desk. A gift box is included. 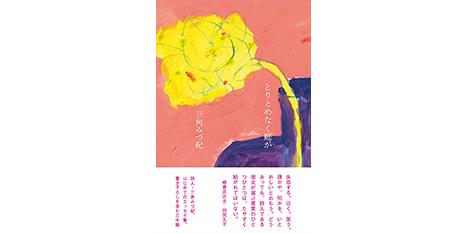 MIZUKI MISUMI ESSAY
The first essay “Toritomenaku-Niwaga (Rambling-Garden)” , by Mizuki Misumi who is a poet, was awarded the Cyuya Nakahara Award, Sakutaro Hagiwara Award and other many awards was published from Nanarokusha. She has recently moved to Sapporo. Not only her writings contributed to the Hokkaido Shimbun newspaper, Gunzo magazine, and Shincho magazine etc., but also newly written essays are contained in the total of 30 essays in each 4 pages and colored by 30 illustrations.

HITOMITOI “ECSTASY”
The summer album “Ecstasy” for the first time in 4 years and for the first time in 2 years as a full album by Hitomitoi from Sapporo was released on July 19th from Billboard Records. It’s an exotic and a luxury album which Dorian, who has produced a lot of masterpieces in her project created all the songs and produced them. 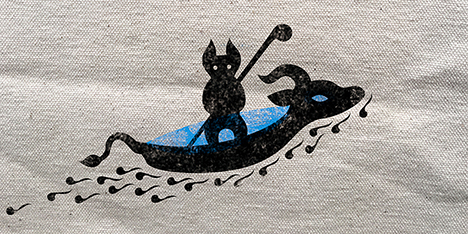 CHISATO SHINYA “AQUA STAR”
Clark Gallery + SHIFT will hold an “Aqua star” exhibition by an illustrator / artist, Chisato Shinya who is active in Japan and abroad, from October 4th. Inspired by a new song by a musician based in Sapporo, new works of the stencil which imaged the world in which the life circles in the water drifting the stars will be exhibited.