Every year, Hanaagra (Sapporo) collects works of various local artists and exhibits works that fill up the walls of space. On the entrance and bathroom, stereoscopic three-dimensional shapes and planar works were lined up. They are made of paper combining elements of painting and sculpture lines created by Yasuharu Mounai, which was also adopted to the main visuals of the Art Fair Sapporo in this year. In addition, the expressions of the 2 or 3 dimensional prints which combine the style of Western portraits has drawn people’s attention. Susumu Matsuura‘s current work in transit was also exhibited. 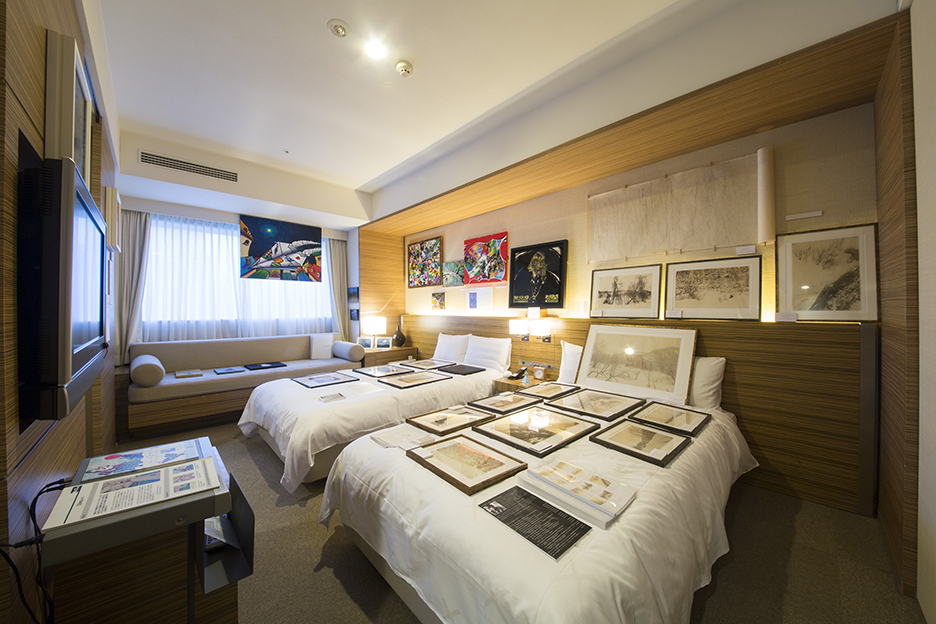 Besides, a landscape photograph is developed on a hand-made paper by Season Lao who moved from Macao to Sapporo because he was fascinated by the snow scene. Hideki Takemoto who took a moment of happiness around the world with a 8 mm film. It was an impression that the proportion of the photograph was a lot this year. In addition, there were several works such as Ksoul Yan, KURiO and Takuya Yonezawa that felt the influence of street culture. 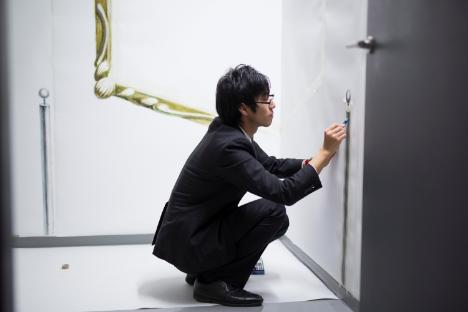 A stairway which connected the 13th and 14th floors of the venue, was a main exhibit area showing a Teshio based painter Takuya Yonezawa from Hanaagura performing “Live Drawing” for two days. The theme is “Museum of Phantom”. He created Trick Art by crayon that you can see the painting work visible from one point of view. Final work can be seen on his Facebook Page. 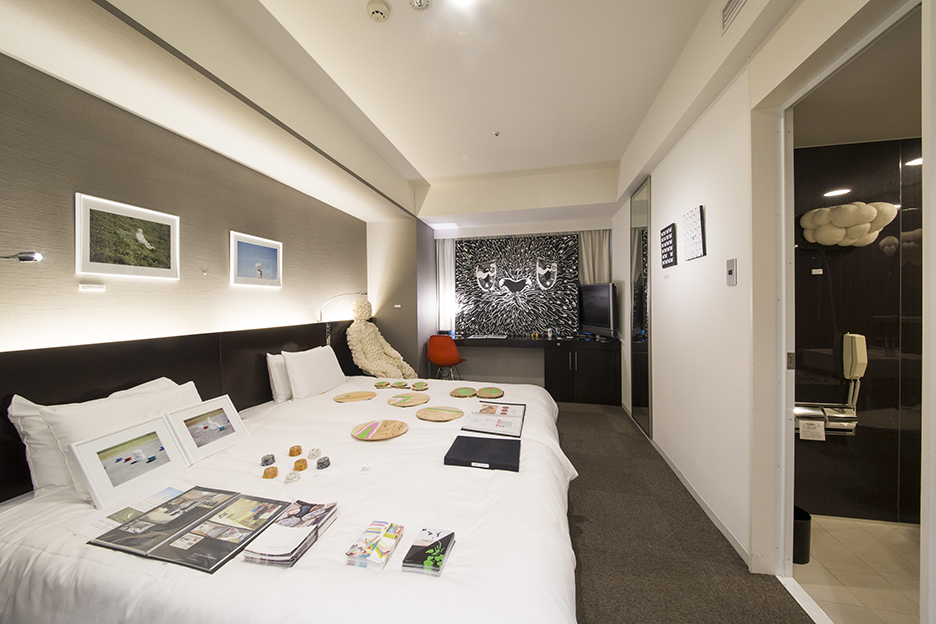 Clark Gallery + SHIFT is a commercial contemporary art gallery that opened in Sapporo by SHIFT production, an organiser of this website. This year, Toshiya Kobayashi who is from Hokkaido and works in Tokyo, Germany and Switzerland, exhibits a new work about the dyed wooden rings which have been standing for many years without influenced by the environmental changes. Shuun, who draws living creatures between the reality and the unreality, exhibits the representative masterpieces “Majamoja” and Matryoshka. Toshihiro Shibuki who exhibits for the first time to the fair, exhibits life-sized dolls and photographic works produced in wool on the premise of shooting at various locations, plus cloud shaped shelves in wool as a practical art.