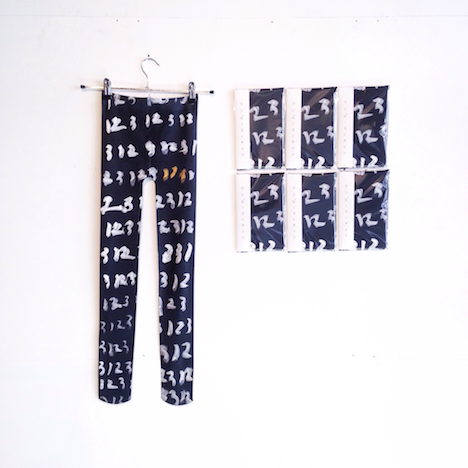 In token of this exhibition, “123 tights” collaborated with “Dress and Tights” are released and we can actually wear your works. Also, you made a new music of “123”.

I like it. If I were a woman, I want the tights in different colors. I tried to pull the sample over my head. I also want a bedspread and a seat cover of a toilet. And, a place mat.

About music, I know a beat maker, Steeezo “Eee”, who makes many short sounds by the latest instruments and we decided to collaborate because I was attracted by his works. I decided a concept and other things which were decided pretty straightforwardly. Originally, we are raised by street culture and personally, I’m glad to finally form the connection with my past experience. 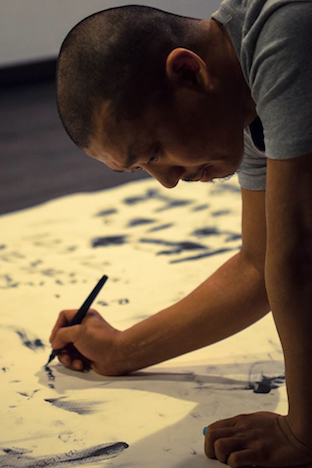 What is the performance of drawing “123” at Conte Sapporo? Do you usually perform with other performers more than a solo performance?

Since I decide to go with “123”, not dance, I haven’t performed for a while. But, I thought probably this was the time and resumed it at the first exhibition. I do with impromptu players many times and also with a Butoh performer. In the case of the performance, viewers see the process of the establishment rather than what is already established on the paper. Due to my experience of dance, I like performance, so I’m going to pursue more. 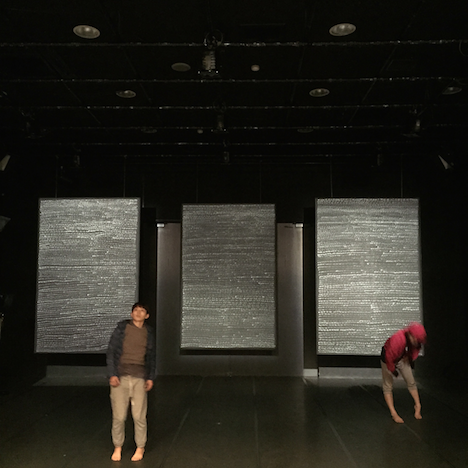 Tell me about your recent stage direction and choreography.

This year, I made a stage “Mapping” with a Tokyo-based dancer, Naoya Aoki as a project of “Sendai Theatrical Studio 10-BOX” (Sendai Engeki Koubou 10-Box) in Sendai. I participated in performance and stage art where I established a focus on the stage rather than the content.

Usually, I watch videos of Downtown (a Japanese comedian) online. If I’m tired of it, I do reading or listen to Rakugo. I like cats, and I like dogs. 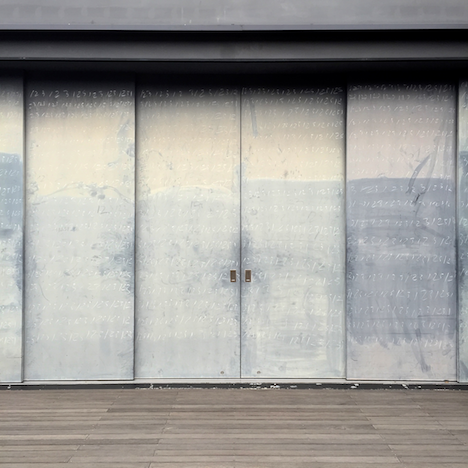 Tell me your future goal.

Finally, tell me your future plan.

I’m going to join in a group exhibition in New York this May for the first time. On the way, I’m going for a short trip. Except that, I’m planning to draw “123” at home every day.