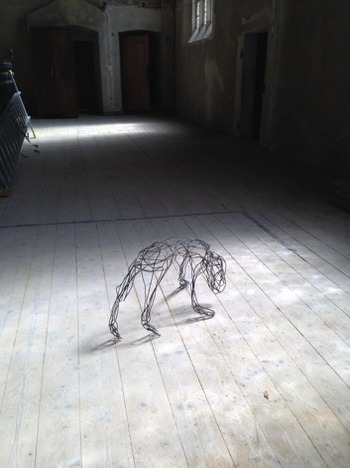 Rie Kawakami, a sculptor based in Hokkaido, pursues unconventional expressions experimenting solid material, metals. She has been an active artist who‘s put big installation in public, participated several artist in residence programs around the world. Looking at her work, whether it is big or small, why are we all sympathized and understanding once we know her theme is always “sense of vitality in the world” ? In 2014, she showed her piece at an CREATIVE HOKKAIDO meets Taipei, which introduced Hokkaido’s great culture both at home and abroad. We had an interview right after another exhibition held at Cross Hotel Sapporo. 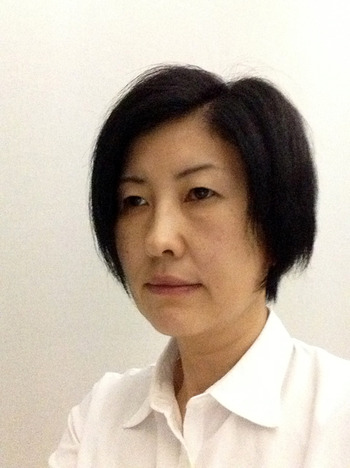 To begin with, please introduce yourself.

I’m Rie Kawakami, an artist. My base is Sapporo and I have a studio in Ishikari. I put my works at contemporary art shows in Japan and abroad. 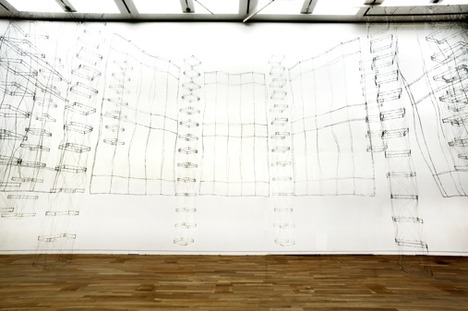 What kind of working environment are you in?

Main working space is a studio made with thin galvanized metal. It has workshop for metal, and usually I make installations and sculpture there. During stays in abroad, facility depends, so I work with what can be done in there. 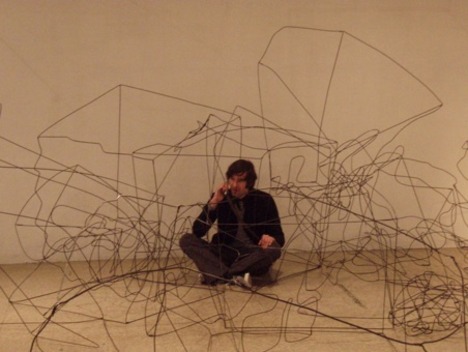 I feel that metal is a material which requires power and energy to create what is in your mind. You try various expressions with metals. Is there any consistent theme?

It’s a sense of vitality I feel from the world. I’ve been trying to express it by relation between me and materials. 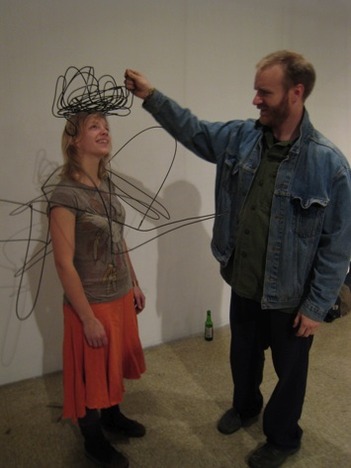 Why are your recent pieces often made with lines intersecting in a space?

Because I would like to put the content around a space rather than put it within a shape. 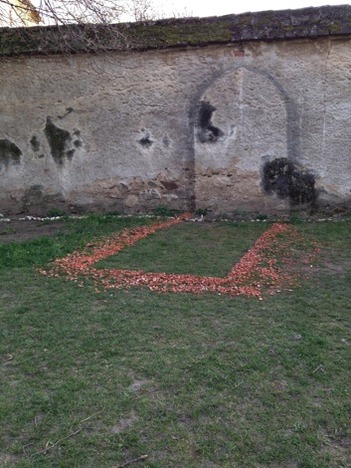 “It was there all the time but you never saw it (II)” Rie Kawakami, Group exhibition “Conditional Landscape”, Biserica Evangherică Gușterița, Sibiu (România), 2014, Photo: Rie Kawakami

Please tell us about your activities abroad. You’ve participated in exhibitions and experienced artist in residence programs in various countries. Are there any changes, lessons before and after such experiences? Is there any criticism that impressed you?

About residence programs abroad, every time I relate with new people in a new place, so I get nervous before and after the stay in every sense. It’s always the same no matter how many times I experience it, but I came to be more objective and calmer each time.
What I learned is necessity of meanings and clearness in communication. I try to tell conclusion and say yes or no clearly before explanation to one’s question. Criticism I cannot forget is that a guest artist criticized me against my having had an interactive work at a residency program, and right after that, I had a completely different content at an exhibition in an open studio.

You joined promotion in Taipei, and showed your work at “CREATIVE HOKKAIDO meets Taipei 2014” How was the audience?

There are lots of audience who came near and look at the pieces closely because they seemed to want to see how I construct 3D works with such a thin wires. It was interesting to see people taking pictures with their mobiles. 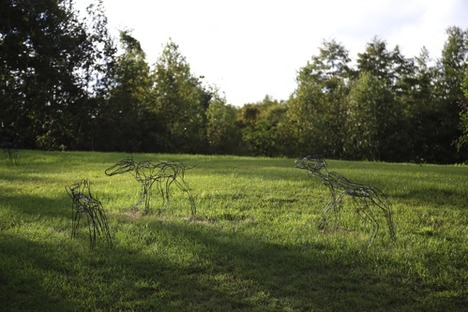 You had a solo exhibition in San Fransisco in 2009, got a Sapporo culture encouraging prize in 2012, exhibited works at an exhibition, “Domani” held at The National Art Center, Tokyo in 2013, and also had a big open-air installation in a courtyard in Sapporo Art Museum, etc. As an artist, in what phase do you think you are in?

I think I’m at a stage where I proceed with thinking where I should head for. I think my life as an artist should be more organized. 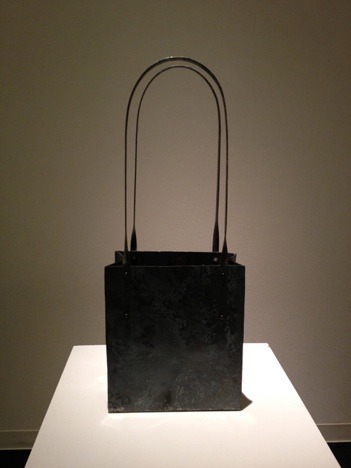 In “Art Fair Sapporo 2014“, you joined through Gallery Monma. How was it? Do you expect anything?

I felt that I need more and more effort to have an expectation to sell an art piece. 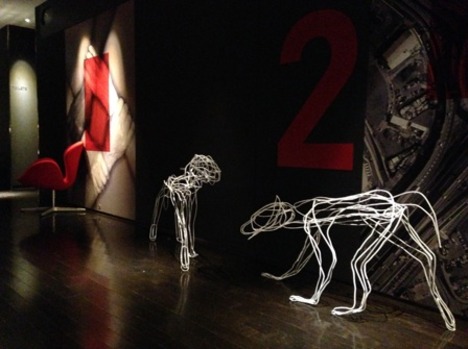 Tell us about your exhibit at “CREATIVE HOKKAIDO Exhibition in Sapporo 2014“.

The wire dog at an elevator hall is a re-formation of a piece made this year titled “Trace” for which I made 13 dogs. When I participated in a residence program in Romania in Spring 2014, I was inspired by a situation where number of stray dogs became a social problem. I put such works as using color of metal rust, and a piece with folded metal plates etc on walls and shelves in the gallery. 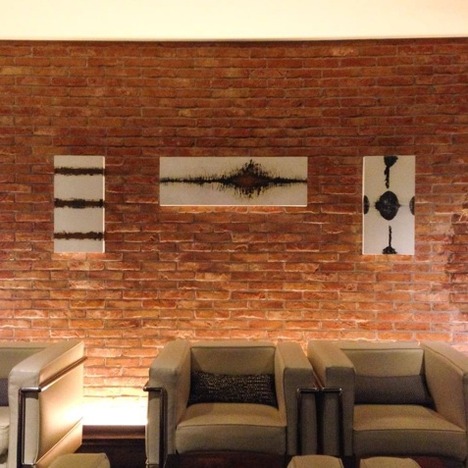 What is your best experience in your career?

Probably when I got the Sapporo culture encouraging prize. That was when I was at a bit lost, and I felt as if I was told I could continue activities in Sapporo. 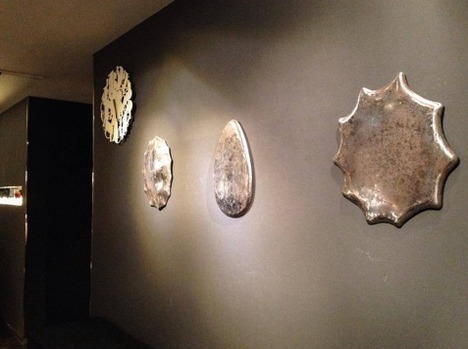 Do you have anything that you want to try, tell or make true in future?

I want to spend more time in research to grow concept of works, and also increase opportunities to show my pieces aboard. I’d like to make a collection book of my pieces as there’s none yet.