A present day Place of Encounter between Berlin and Art.

Christian Boros; his name is probably the most well-known within the art industry in Berlin. He is a famous person who often shows up at various opening receptions and exhibitions, and also owns an advertising firm. He has gained even more fame as a collector of contemporary art works. Boros was born in 1964, in Poland. He was fascinated with contemporary art and started his collection of art around 1990. In 2003 he decided to let his personal art collection be seen in public and purchased gallery space in order to display his collection. Of course he didn’t purchase any ordinary gallery space. He bought a bunker (air defence fortification) which itself is carved into Berlin’s 20th century history. 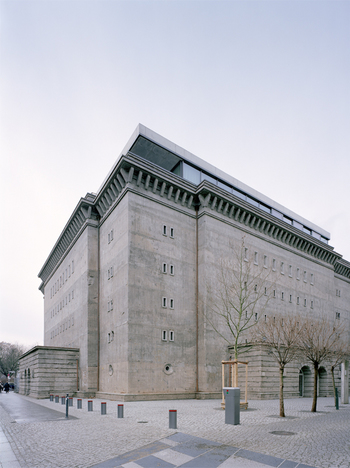 The bunker, which is located near Oranienburger Tor Station in the heart of Berlin, was built in the Second World War for the purpose of protecting passengers from the air raids. Inside the massive building 2000 people could be protected, and it is well-structured to minimize the damage from air raids. The wall has almost no windows, it is 1.8 metres thick, it was built with iron and concrete, and its roof is 3 metres thick. The building itself recalls to mind the terrifying air raids during the war. The unique looking building stands out as it does not blend in with the scenery around it.

The war is not the only recollection which was carved into the building. The concrete monster building has viewed various scenes of history right up to the present day. Right after the war, although Berlin was burned down, the building was used by the Soviet army as a prisoner of war camp rather than destroying it. When Germany was divided into East and West, it belonged to the East Germany side and was used to store tropical fruits. After Germany was reunited the bunker became part of the club culture in Berlin, it was used as a techno club. The unique building was used for purposes which were features of each period of time since it isn’t suitable for any ordinary usage. 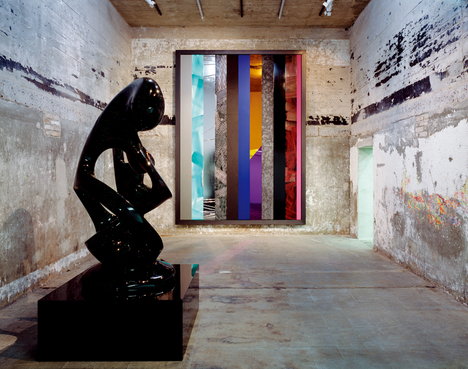 Boros is now trying to carve his name into the building’s history as well by occupying the building with his contemporary art collection. However, the bunker is not just a contemporary art gallery space. The bunker which used to protect people and has been part of club culture is now the collector’s premises which include the collector’s modern style house on the rooftop. In other words, the personal use of the massive space of the building signifies the uniqueness of this modern age. 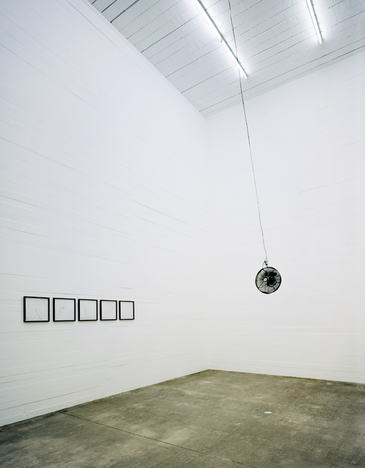 His gallery opened in 2008. In the 3000 square meter gallery space, various active international artists’ art works are displayed. For example, art by Olafur Eliasson, one of the core artists of the gallery, can also be seen.

A fan hung with a long cord circles the ceiling very slowly. The movement of the fan gives you a unique impression. Eliasson’s use of bright lights brings to the exhibition hall an almost sombre ambiance. 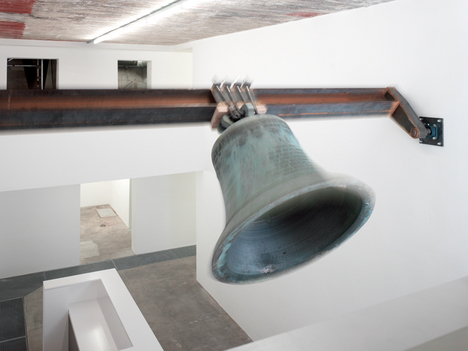 On the other hand, a work which has a huge impact is Chris Martin’s piece which you can see first after you enter the building. It has a massive bell which seems to be ringing regularly and rumbling echoingly, however it is not actually ringing and the audience comes to realise the gap between vision and hearing. This piece stands out in the gallery since it is not utilising the powerful atmosphere of space which it has been put in. 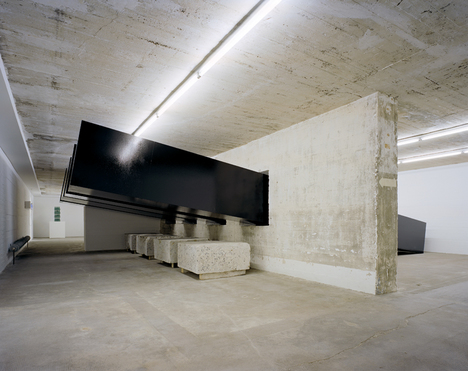 The collection includes not only objects and installations, but also political art works by artists such as Santiago Sierra. His photographs show a political position against capitalism and economic diversity, making poor people behave in a meaningless way. However, in the private gallery which was established by a wealthy man, it seems like either criticism toward the collector himself, or the collector’s atonement for richness; which is very interesting to see. 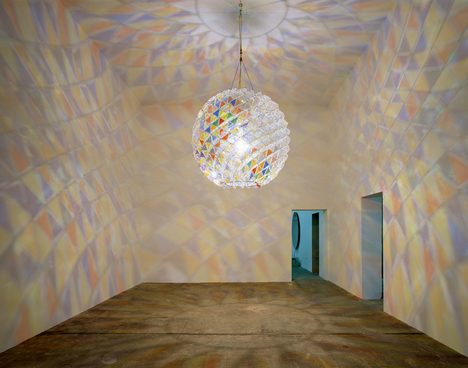 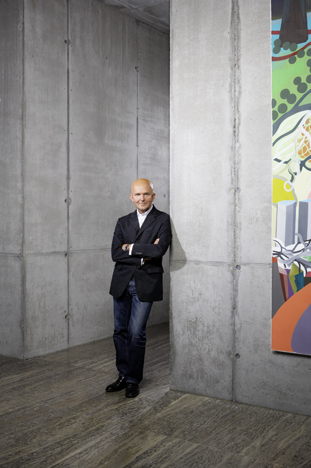 If it would be too simple to think he opened a private gallery because he has been focusing on mainly ‘informing’ with his advertisement business, what is he trying to tell us? When he is talking about his own gallery, there is his lust that he wants to be a part of ‘now’. He shows interests in old art works; however he has never possessed it. 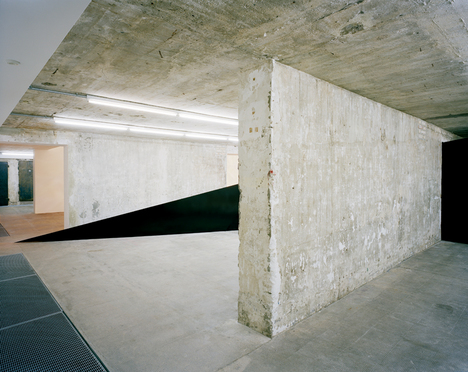 Monika Sosnowska, “Untitled”, 2005. Photo: Noshe
Most of the displayed works were chosen by each artist and were placed by each artist. It emphasises the good harmony between the art work and the space as well as the artist and collector, since he wants to make this gallery with other artists rather than complete the gallery on his own. The hideous bunker building plays a significant role in resonating with the artists as it collaborates well with the collector who is trying to be a part of the ‘present’ and the active artists who create lively arts. You will be able to see the “present” which is linked to art, but this gallery also brings you the “present” which is closely connected to Berlin and an encounter with the “present” just for us.