Art installation exhibition where you can stay overnight. 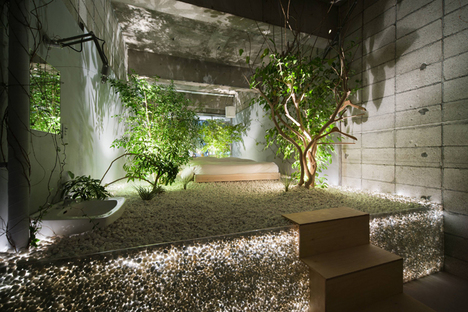 This autumn seems to be shorter than last year. While a range of exciting exhibitions is held for this season, there was the most fabulous and full-of-love event called “LLOVE” was delivered from the Netherlands, with its theme “Still in Llove”. The event runs only for a month as both a gallery and hotel with 8 double rooms and 6 single rooms designed by eight artists and designers in the Netherlands and Japan. As a new space which functions as accommodations and cafe showing thier works of installations, this project was organized by Suzanne Oxenaar who is known as a director of “LLOYD HOTEL” in Amsterdam for celebrating 400 years of trade and cultural relations ‘Netherlands in Japan 2008-2009’. 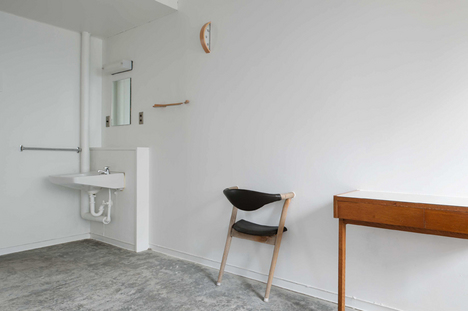 Each room is different from other rooms, ranging from a design inspired by “love hotels” in Japan to the one that was created by “misunderstanding” which derived from contacts each other between the Netherlands and Japan. Even though each room is designed different, every room is based on the same theme “LOVE”. We can see various forms of love. All room is designed with less “cool”, but with more cuteness. It might be because they are designed with a theme love, in which I can feel a sort of fragile-ness and sadness. 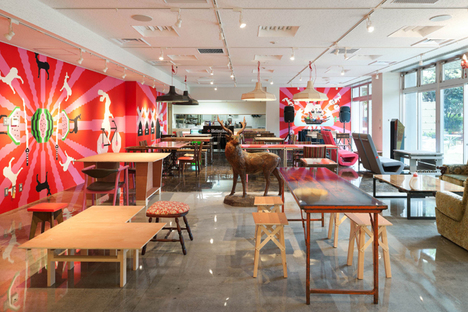 There are a lot of points of interests. For example, in the grand floor there is a cafe space where you can enjoy good meals and drinks. There you can start your nice day viewing a brilliant garden at the couryard. You must be surprised by the rich green existing in the accommodation place for the Nara prefectural government’s employees located near the Daikanyama Station. Another point of view is a cinema room as well as a library named “LLOVERARY”. Everywhere you are in the site, you can fird uniquness, which is one of the feature of this project. 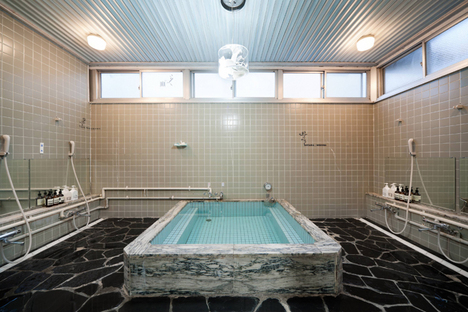 In fact, one of the visitor who stayed the hotel mentioned, this place is suitable “for those those people who want to spend a special and enjoyable night, rather than who want to enjoy the place as a cool place to stay or enjory to experience the art installtion”. Actually, they are not equipped with those aminities you can expect from those fancy hotels where aim to offer relaxation. It isn’t a purpose for LLOVE at all. “YOKUJYO” is a big bath room where you can enjoy the public bath. 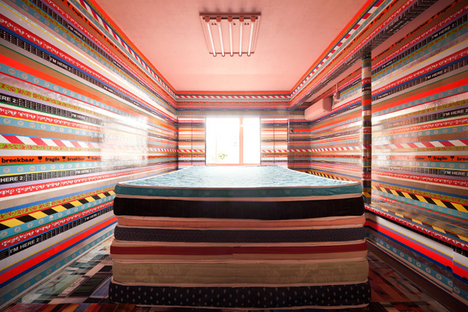 The Dutch ship reached at the port of Nagasaki 400 years ago, while many other ships couldn’t because of wreck and hits by pirate during the voyage. And just one ship that reached in Nagasaki brought a big influence in Japan: the ship was called “de liefde” which means “LOVE”. As time has passed 400 years, another groupd of Dutch came again to deliver love with a ship colored in pink and red. There is a limited time period. Why don’t you visit and stay at LLOVE before falling out of love?