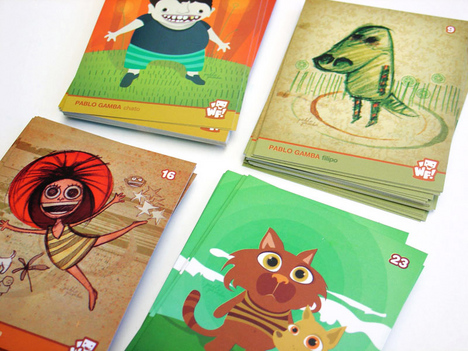 Despite what you said before, I think everything you do has your signature.

I just don’t see it! 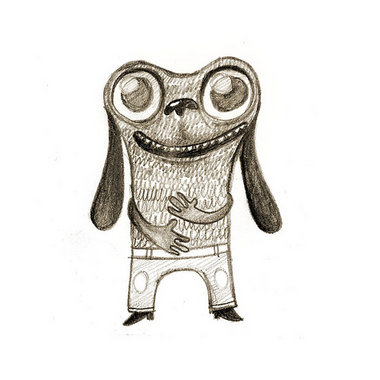 Have you thought about creating animated characters for a movie?

I’ve been already told that, you know. Someday I’ll do it.

Where do you find inspiration?

At the beginning it was definitely Tim Burton and some other illustrators. It was always very intuitive for me. Ana inspires me a lot also. And I love toys from my childhood.

Tell me about your projects.

Well, my last projects were a couple of exhibitions of my work. One of them was last year at Centro Cultural San Martin, and the other one at El Diente de Oro, this June. They had great repercussions. My current project right now is La Dominga, the house of objects we opened a couple of months ago. We sell stuff from different designers and I also sell my paintings there. We’re very into it. 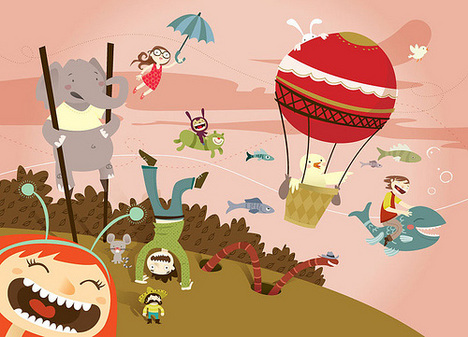 Before I leave and when I thought everything was already said, Pablo told me his big secret.

“When I was young I had a friend just around the corner. There were many vacant lots in the neighborhood and we went there with my friend and built huts, and even had a tree house. There was also a huge well, like a cave.
I’ve always liked animals and we collected animal skulls”.

I’m not going to reveal how they got those skulls. But after this story, I can confirm Pablo is a special artist, one that keeps his childhood memories vividly at hand so they can cohabit with new toys, beautiful lights, bright colors and a whole new universe not yet discovered.