Do you define yourself as an artist?

I feel weird (laughs). I feel original and unique with a personality and a consistent language that has developed as time went by. I want to say things for everyone to hear. I like blending the massive part of business with that more personal, authorship and manual quality art has. I believe definitions are more for the others than for oneself, but if I had to choose one, I choose artist – no hesitation there-; an artist who adapts to different formats and stages. I relate a lot with characters like Andy Warhol, Hiroshi Fujiwara, Philippe Stark or Marc Jacobs, who are modern artists, designers and thinkers in their own personal ways… I think that creative people nowadays handle different levels and interpretation languages and that ideas can take any form either in the business plane or the merely conceptual or visual one. We live in a pop-renaissance period. 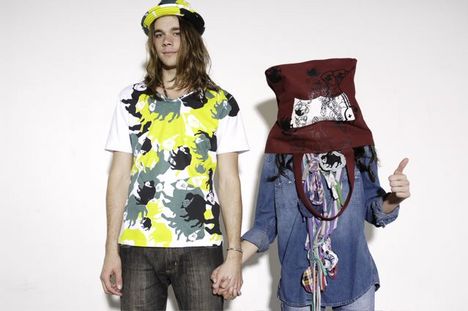 From the collection Levis by Furia

Description of at least 3 of your present/future projects.

I am working on several different projects, on the one hand as a curator and artist in an exhibition and on a book about the 48 neighbourhoods in the City of Buenos Aires, summoned by the City Council; on the other hand, we have just designed a line of clothing with Levi’s, called Levi’s by Furia, it is our second author collection with Levi’s, it is very modern and sophisticated and will be sold in Latin America; I am also working with Coca-Cola on a project for the Soccer World Cup 2010.

Which/who are your influences? (in art, fashion, music, design)

Which is your favourite city?