The first time I saw songwriter Seba Ibarra was on Pecha Kucha night Volume 11 at Ciudad Cultural Konex. He came on stage with just a guitar, and he just sang. It was a song about a river, a river he always sings to. He was passionate and soulful; he was bringing a piece of nature into our lives. That’s what he does, every time he performs his lovely songs. 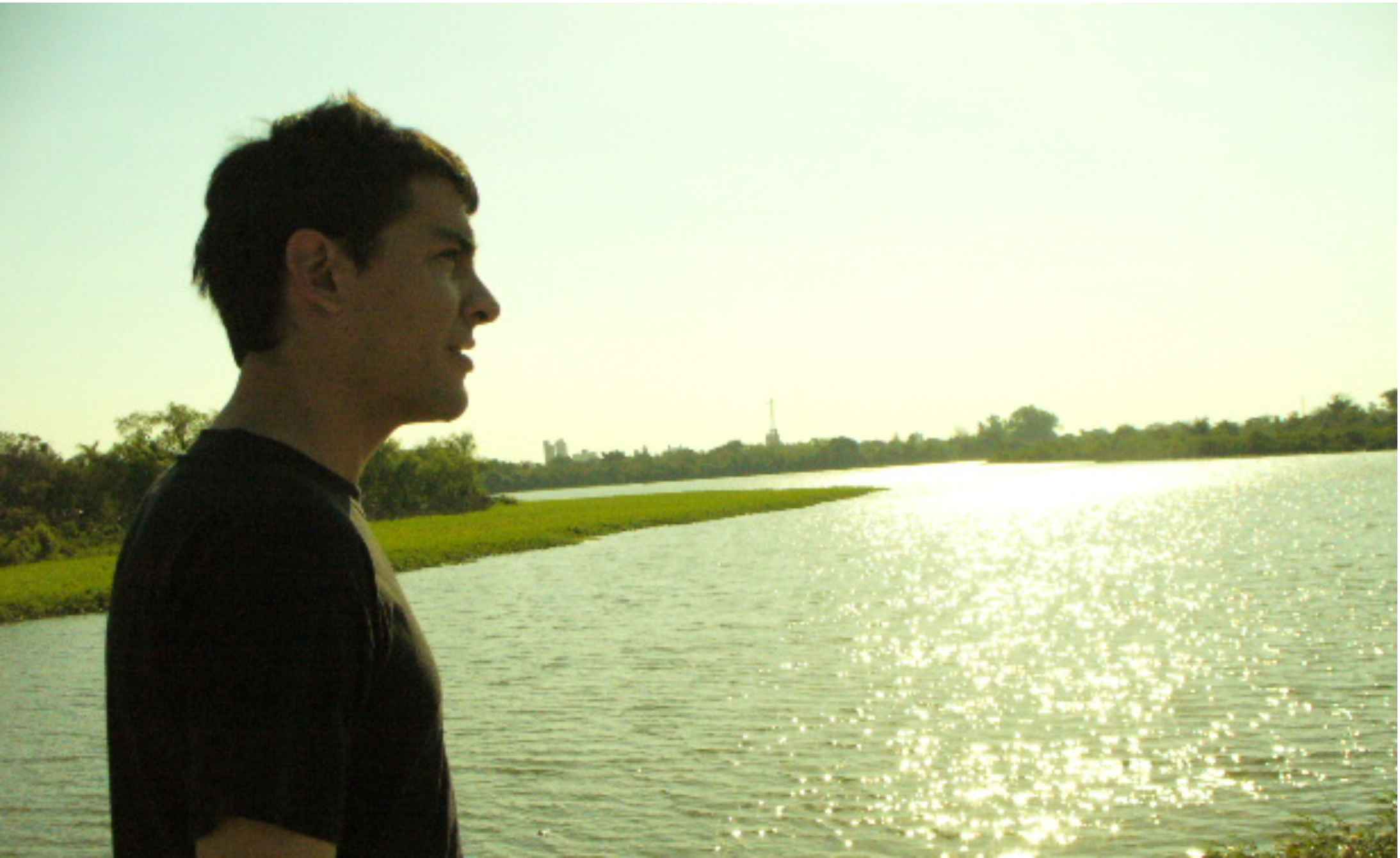 Seba Ibarra doesn’t play alone though; he often plays with his band. This is quite a group. It’s not just a band, but also a group of excellent solo musicians, which come as a whole when they play along with Seba Ibarra.

Each one of them could perform on their own; each one of them has a history. But they make actual sense when they are on stage together, creating a world with a unique sound; a world of green nature, water and peaceful loneliness. 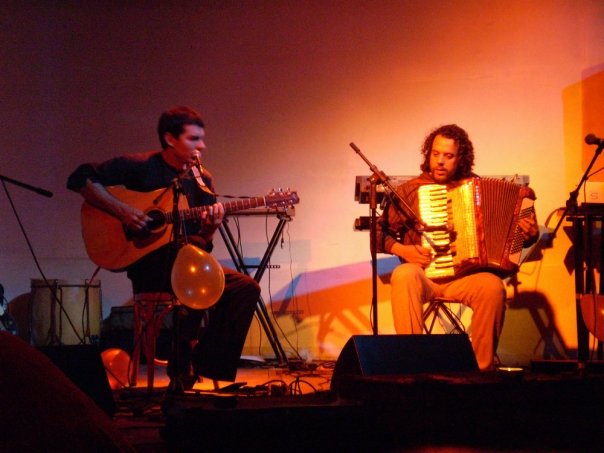 The music they play is called chamamé; it’s an argentine sound, a style from some provinces in our country, a somewhat foreign style even for the locals in Buenos Aires.
Everyone in the band is from Resistencia, Chaco, except from Sebastián Bistolfi, the accordion player. 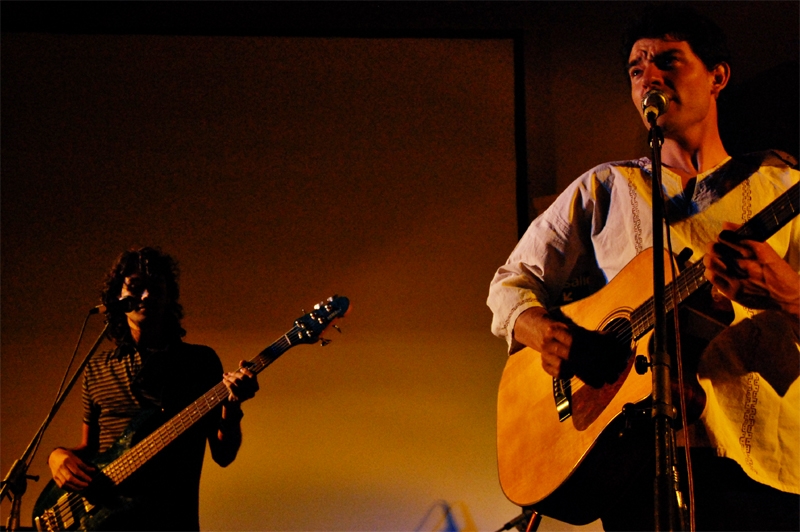 “The cycle closed when we invited him to go to Chaco to play, so he could meet the heat and the river”, says Seba Ibarra. “Our shows together began in 2007, when we introduced our album Collage de Rio (River Collage) in Buenos Aires and the rest of the country. We intend to play with different rhythms to express different landscapes. When we talk about the river we play chamamé. When we come to Buenos Aires we create more urban sounds.”

“When I had the idea of writing songs about the Paraná River that crosses Resistencia, I started looking for a suitable rhythm and the only one I really liked for it was chamamé. I wonder if the river sounds like chamamé”, says Seba, always creating new poetry with each breath.

“When people think about folklore, adds Mauro Siri, they can only imagine nature. But we also have a city life with its own dynamics that is very interesting to describe. We could record many albums about it. Also there are some stereotypes about what chamamé or folklore are supposed to be. So sometimes our music gets called neo-chamamé. We’re trying to break those walls”. 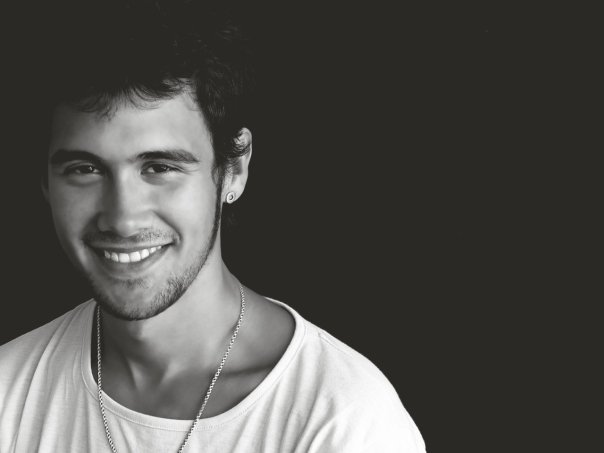 I can tell, by listening to your album, that your songs are made of images.

When I first listened to the album, says Sebastián Bistolfi, I still didn’t know these guys. But while listening to their music, some images came to my mind and helped me in my process to visualizing those places and perform this music.
This photographic recreation that travels through each song is one of Seba’s virtues, comments Mauro. The connection within the band also provides new versions of these images, so we complement each other. 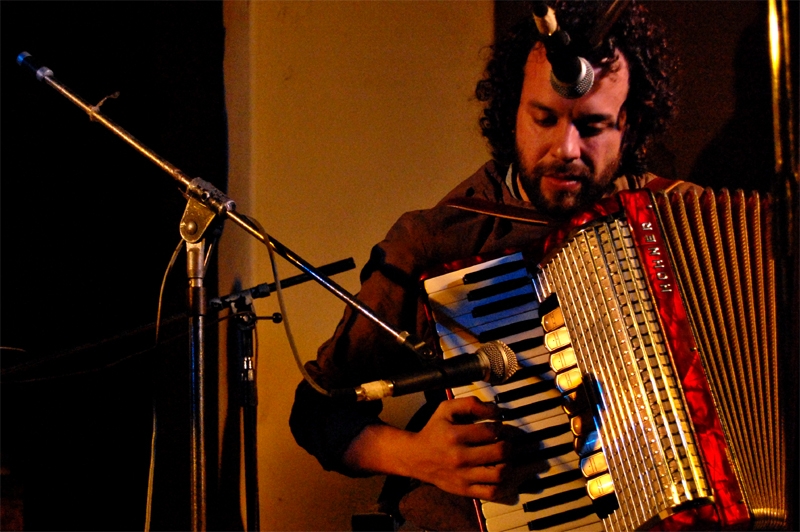 What we feel while listening to your music is a state of extreme peace; we find a place where we actually want to be. This universe is made of lyrics and music, which reinforces what the lyrics say.

In the album, the concept in each song is to look at the same river with that same water from different points of view, says Seba. For example, I always tell this story about this bridge linking the two provinces (Chaco and Corrientes). Every picture we see of this bridge shows the same side of the bridge in the sunset, from Corrientes shore. If you wanted to photograph the other side of the story, you would have to wake up extremely early. So I show this picture from the other side in one of the songs. Poetry is like painting. So I paint this landscape in my songs.

Tell me about your latest live experience. How was it like?

We performed this year in Resistencia in the Sculpture Biennial, at the Centenary Domo. It’s a powerful and global event with public from different countries.

What is the cultural scene like in Chaco? What’s your place there?

At the moment there is a rebirth of this scene. There are new places to perform, so new bands show off. Old and new bands cohabit in a healthy scene but we lack public.

Do you sense a difference when playing in Buenos Aires?

Well, yes, in Buenos Aires our music is exotic. We get all the attention from the audience. When we play in Chaco, we’re locals so we have to catch the attention of the people, because they’re already familiar with this genre that generates some level of difficulty.

The magic of your music resides on its capacity to transport us elsewhere.

Yes, our idea is to be transported too, while performing live. Sometimes it’s a place, sometimes is a state of mind: a musical bubble that contains us.

When I leave San Telmo and face the rest of my Sunday, I realize how at ease they made me feel. It’s the same feeling I had while listening to their album or watching the show. A little oasis in the middle of the big city.
So thanks for the ride guys. Hope to catch up with you very soon.