“Sad songs with happy melodies” is how Edo Kahn describes the debut album of new Australian band Nations by the River. Launching their cd at a small Sydney club on June 10, Nations performed to a crowd of several hundred fans and friends. 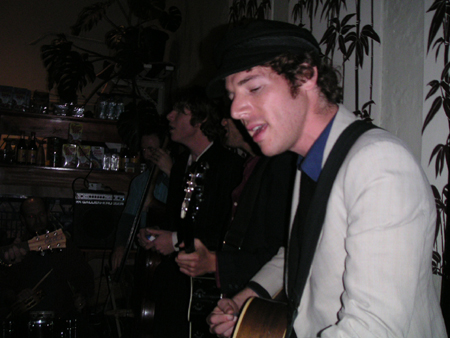 “We wanted to make a classic record. We were writing very simple, sad songs but they were uplifting as well… They comment on what we were experiencing at the time – Luke’s band breaking up, my relationship breaking up, that sort of stuff… It’s funny because we spent so little time on it but I think we captured something quite deep,” says Edo. 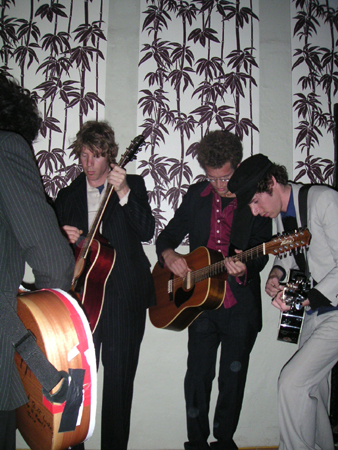 There are twelve tracks in total, many of which were written while busking at Bondi Beach. They were originally going to record from home but John O’Donnell (EMI Australia’s MD) suggested they go into the studio where they spent three days recording. Maintaining a simple and informal approach, the songs were recorded live with no over-dubs and with friends who passed by the studio. “Sarah Blasko sung with us and a great drummer Hamish Stuart, who’s this old session guy… A family friend we bumped into at the felafel shop, who’s a genius composer/pianist, played and it was amazing. He had never heard our music and we didn’t know how to explain what we were doing because he’s from another musical world.”