The film, “Twentieth Century Boys” features the fantasy that the members wrote at their secret base in their childhood. In their prophetical book, the story was that an evil organization schemed world domination with bacteriological weapon. When they grow old, the existence of Mr. Friend who tries to materialize the divination in the prophetical book becomes apparent. 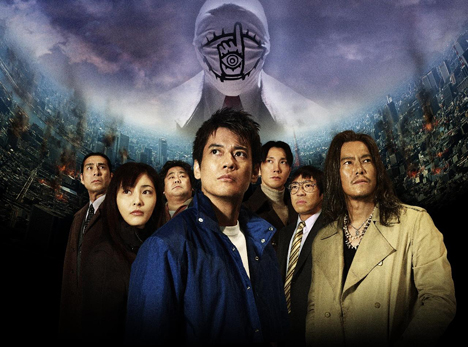 The film is based on the original cartoon written by Japanese superstar Naoki Urasawa, well known for “MONSTER”, “YAWARA!” and “PLUTO” now appearing serially in a magazine. And the direction was Yukihiko Tsutsumi, who has been producing so many lush emotional works with his original camera work. It’s striking how he deals with the work having been said to be unrealizable due to so many scattered foreshadowings and the complication of the story itself, with all-star cast followed. That’s the beginning of the glorious triptych. 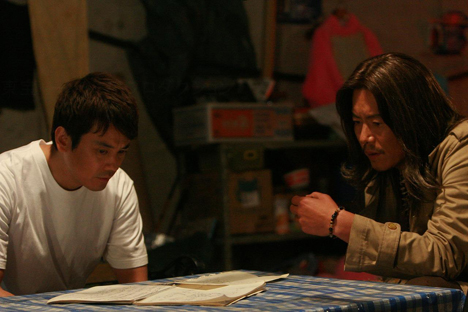 The works called Science Fiction are generally reflection of trend, culture, and political background, inheriting the linage of history and through it predicting the future of the age. Looking the SF works thus far, since late 19th century when H.G. Wells metaphorically criticized the social condition then in “The War of The Worlds”, depicting Martians invading violently into the Earth, the standard of SF he built seems to have been succeeded to some extent. Surprisingly, he predicted the Internet system today as early as in 1800s. However, who believed such an unreal statement in America in those days? 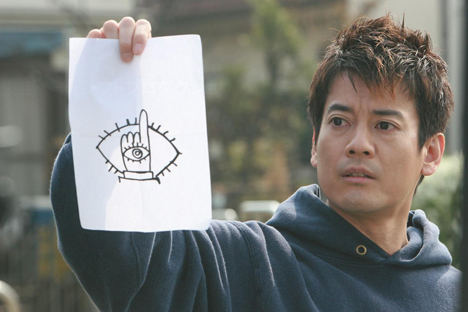 Is Mr. Friend simply a fictional character? As Wells used to prognosticate the social condition which was considered a impractical castle in the air, the predictions of SF authors are ironically reliable to be good. The thought that the prophetical book in this film predicts the likely future is not reckless attempt. There used to be not a few men who nearly got people’s cultic acceptance in Japan. There’s nothing strange about another Mr. Friend turning up. This film itself could be the prophetical book of negative aspect of Japan.

In 1969, the members rode around on a bicycle and were excited with rock music on radio. In the middle of rapid economic growth, Japan was fueled by hope for the Osaka Expo in the following year. Kenji, the main character dreamed of Utopia for the Expo, which seems to be come true now: horizontal escalator, family restaurant, linear motor car, and mobile phone. It is said that human beings tend to modify their past and look for the future. However, Mr. Friend forms a plot to try and subjugate Earth―with ”purity” to restage the prophetical book minutely. It is the very purity that the members may fear.

This preface of a trilogy focused not so much on showy effects such as actions or CGs as mainly on settings including Mr. friend’s existence and backgrounds surrounding him. We have to wait for later stories to clear up many foreshadowings and to answer the question “Who is Mr. friend?” Don’t miss the preview followed by the credits.