W+K Tokyo Lab is a Tokyo-based record label and expressive outlet for renowned creative agency Wieden + Kennedy Tokyo. Five years ago, WKTLAB was founded on the concept of “hybrid” and began experimenting with new forms of creative expression and technology with their artists. With a huge creative appetite, every release is a collaborative effort between the musicians and the Lab’s visual team. Five years and ten releases later, WKTLAB has just published an amazing Book+DVD (256p, 70min) to celebrate. Today, WKTLAB continues to absorb all that is Tokyo and release their unique vision to the world with some of the most potent sounds and visuals. We had a chance to sit down with A&R / Producer Bruce Ikeda to talk about where the label is today and will be tomorrow. 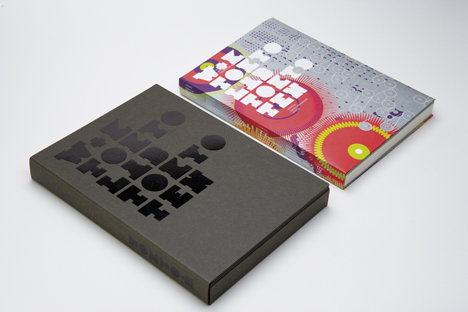 This book is pretty thick, tell us how the idea came around…

Well, it was our 5th anniversary and 10th release and an important moment for us in our growth process so we wanted to do something fresh and new. We featured nine visual remixes of our previously released albums in addition to the work of 42 artists (graphic designers, illustrators, photographers) we have collaborated with so far. We wanted them to produce some new works representing their vision of Tokyo based on their own interpretation of the concept “Tokyo.点”. The character “点” is pronounced Ten and it translates as a Point. A point is a moment in time, a dot, a location and a reason for doing something. So we invited these visual artists to make their own visual point about the power of Tokyo and Japanese culture. The Tokyo.Ten book +DVD is also a statement, that our music isn’t our only focus but also how we present our music.

Definitely. So after five years, where does the label stand in the Japanese record industry- you’re not Avex and you’re not a small indie like P-Vine…

Its interesting because we are an independent label, our team is one A&R and five visual artists which makes us kind of a small operation but we are also a kind of major label too. Last year, we’ve partnered with EMI although we still maintain full creative control over our content which has been great. We’ve been able to present our music over various platforms and reach more people who are into fresh new music and urban culture. I’d say our position is really unique compared to most other labels. 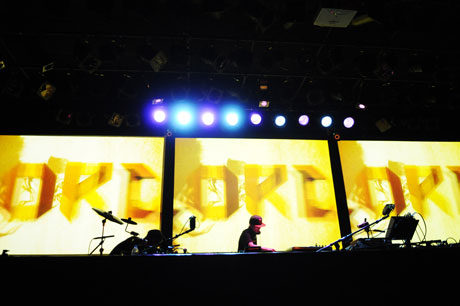 And the music industry is changing so much…what’s your outlook on surviving as a label in light of the current state of the industry?

It’s an interesting and at times difficult situation because everything is changing. The CD market is shrinking every month and while the digital market is growing, it isn’t expanding fast enough. But even though the expansion has been slow, these changes cannot be ignored. We’ve been having meetings and talking about which way to go in this transition phase. When we started five years ago, we started with a more traditional industry model but now I feel we should evolve into something new, more digital. I wouldn’t say that digital format will save the industry but it has already and continues to change the way we do things. Everyone is looking for answers and trying new things. 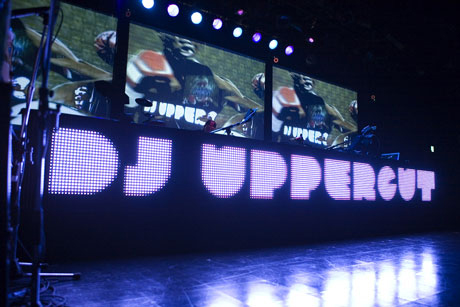 Yes. WKTLAB has a unique way of presenting artists…tell us a bit more about presentation, it just seems so multi-faceted…

Well, we deliver our music in a much different way compared to other labels. We don’t just focus on a CD for listening, we also produce a DVD to accompany every release and create visuals for each release from scratch, where as a normal label would usually just insert a music video or pieces of live footage that were released previously. What we have been doing is creating new audio-visual “experiences” packaged in a hybrid CD+DVD format along with other elements such as premier packaging and micro sites. And with the industry in flux, we cannot rely on just a CD anymore. And its because of that approach, we’re transforming our audience’s relationship to music. So for us, it’s not only just about good music but also about fresh visuals and new, innovative ideas. When looking at potential artists, its from many angles- there is a lot of criteria like originality and international appeal but the most important is thing for them to have a high sensibility for our concept, “hybrid”- if they can be hybridized. That’s what its all about. Great….can you give us an example?

Takagi Masakatsu has been active in both the electronic music and contemporary art scenes ever since he started his career.
He is a great musician and an amazing video artist. Takagi’s expression is based on a great fusion of his music and visuals, in which he handles all the creative process by himself. Hifana is another great example. They are mixing analog and digital, the audio and the visual, elements of traditional and modern Japan in a very unique way- they’re doing it all, like no one else out there. And most recently, Chinza Dopeness is a new emcee we signed this year, he’s an amazing mix of rock, blues, hip hop and reggae. 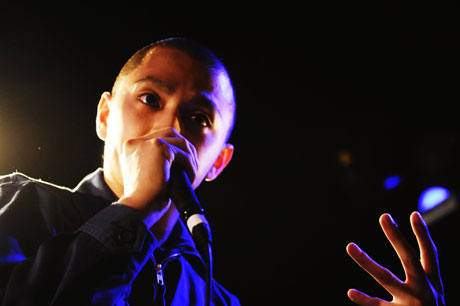 He looks cool…how did you actually meet or approach Chinza Dopeness?

Well, one of our office staff showed us some video of him freestyle rapping in front of Cisco Records in Shibuya with some other rappers. But in that cipher, Chinza was the livest one, for sure the most outstanding of the group. He’s got something special so I approached him and we started talking.

But back to the visuals, it really is one of WKTLAB’s strongest characteristics so how do you develop an artist’s visual identity?

Well, every artist has a lot of potential hybridity in their creative sensibility and taste so there’s so much freedom here. Once we agree to work with an artist, we give them a high degree of freedom that the average label wouldn’t. 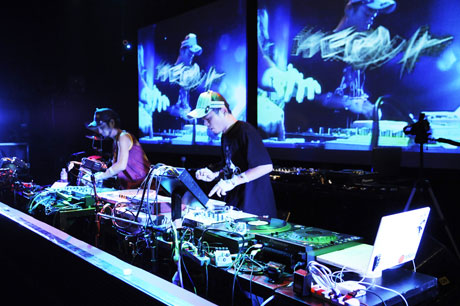 We take a highly collaborative approach with each artist in order to inspire their creativity further, to get them to their next level of expression. When it comes to the visual side, our collaboration with an artist is always 50/50. Our approach has been really attractive to artists and actually, recently more and more artists, including some big names, having been showing real interest in working with us. I believe that’s because they sense and can feel our dedication to this aspect in our work. 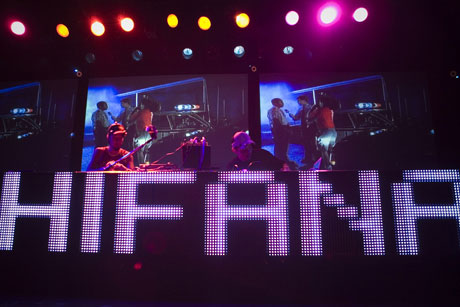 How about Hifana, they are really visual…

Yeah, for Hifana, it has been a very collaborative process. They are illustrators themselves but we helped them develop those characters a step further into animation sequences. We came up with the ideas and story lines together. So you can see its 50/50 here…and I’m the middle man in between them and our visual team. It’s actually a really stimulating work relationship. 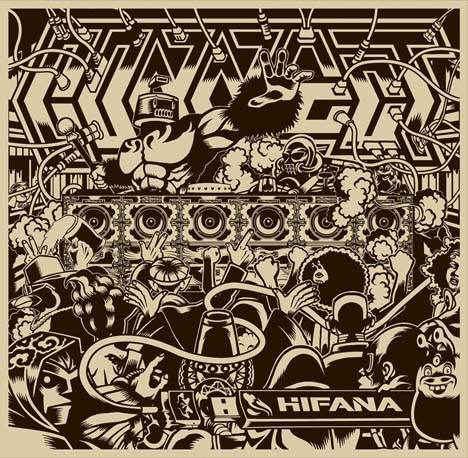 Yeah, and I guess packaging plays a key role here too…

Yes, definitely. Packaging is one our channels of expression we want to keep focusing on. Its important to us and a big part of how we present our music. Of course there’s the music, the videos and the live event but we want to maintain a focus on packaging and presentation- its attractive for artists and listeners alike. 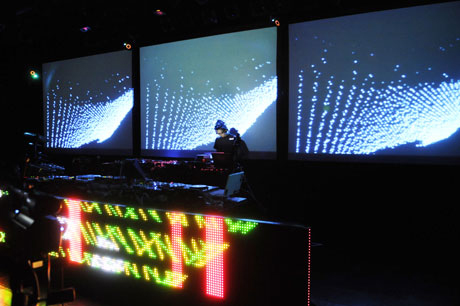 All really interesting…maybe we should wrap up…can you tell us what’s coming up next for WKTLab?

A lot! We are in the planning stage of launching a WKTLab mobile site and we’re planning to launch it in late 2008 or early next year. Our next release is Jemapur and thats slated for late November . We’re also hoping to drop Chinza Dopeness’ debut by the end of this year, but its looking like early 2009. We’re in the middle of the music production and visually, we’ve only got a rough idea, but I’m sure its going to be a great first release for Chinza.
We’ll also be releasing Hifana’s third album next year, it’ll be their biggest release yet.

Wow, exciting next couple months, we’re looking forward to it all! Ikeda-san, thank you so much for your time! 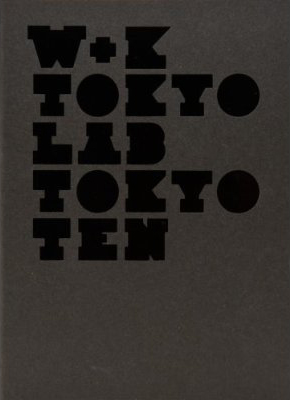